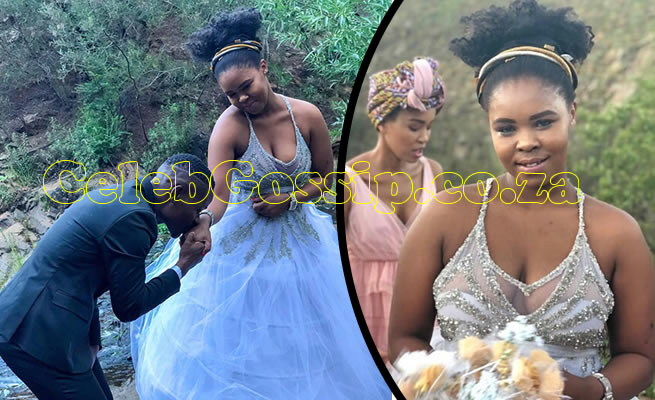 Twitter went into a frenzy earlier last week after Zahara posted an image of her and actor Clement Maosa in what looked like a scene from their dream wedding.

Fans went into abuzz speculating on the relationship of the two celebrities with many congratulating them on tying the knot.

However, it seems that the image was simply a still from the songstress’ romantic new single ‘Thembalam’.

After an enquiry, Zahara confirmed that she and Clement aren’t a couple.

“I sincerely thank everyone for all the love and well wishes. I’d like to clarify though, that I’m not engaged. The pictures were from my upcoming music video, ‘Thembalam’. However, the response has been truly overwhelming and amazing. I love you all,” she tells us.

The star put the rumours to rest once and for all as she premiered the beautiful music video to the single which shows the duo celebrating their big day alongside some breath-taking local scenery.

‘Thembalam’ is the third single off the star’s latest studio album ‘Mgodi’.