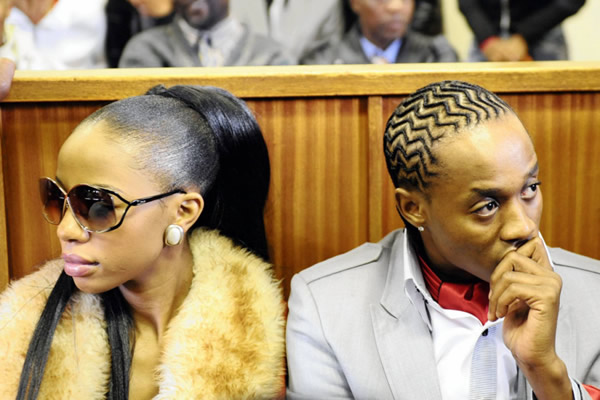 Note to self as a celebrity journalist: fact check before you speak about Kelly Khumalo! The singer has launched a scathing attack on local publication Ghafla after their most recent story.

Kelly and her ex-boyfriend, Jub Jub, are not on the best of terms ever since their toxic relationship ended way back in 2010. At the time, Jub Jub was in prison for driving under the influence; an incident which saw four innocent children lose their lives.

Since then, they have not been positively associated with one another until this week, when it emerged that they were both working on the same Road Safety Campaign for the festive season. With this in mind, many people believed that this was the beginning of reconciliation between these two.


Little did they know…

While many other publications have written about the former lovers working together on the campaign, it was Ghafla! Who incurred Kelly's rage on social media. They innocently promoted their article on Twitter but they probably were not expecting this spicy response.

Jub Jub And his ex-girlfriend @KellyKhumaloZA have joined hands in a campaign against a rising death toll on South African roadshttps://t.co/9wdfrkqTFG pic.twitter.com/yGb1gGt1vd

Joined hands with who? Don’t fucking talk shit,,, ddnt even know this guy was part of the campaign.. so stop making it look rosy cause it isn’t and never will be. Dare Make me part of your silly headlines again! https://t.co/y15g11Ct2Z

Ouch! If you haven’t already learned your lesson about Kelly, you should know by now. Let this be a lesson for South African journalists when reporting on celebrities.

Things change for sure, a few years ago, Jub Jub was Kelly Khumalo's best man God ever created, and she even allowed him to impregnate her, now she refers to him as 'that guy' and doesn't want anything to do with him.