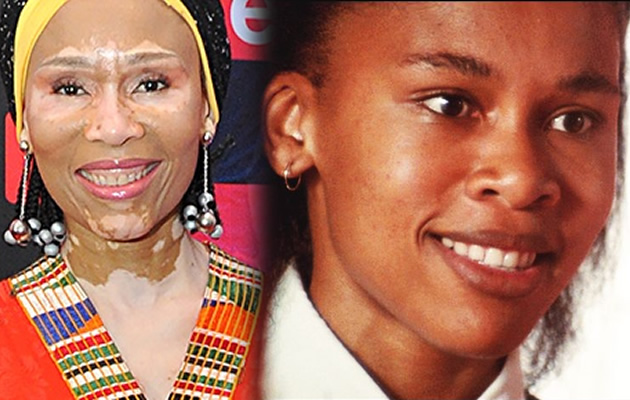 DESPITE the setbacks and challenges she faced along the way in her monumental career, she has managed to weather the storms.

Leleti Khumalo, popularly known as Sarafina after she played the leading role in the Apartheid-era inspired drama titled Sarafina, comes highly recommended and is one of Mzansi’s most treasured stars. This is evident, thanks to her latest project, Imbewu: The Seed, which has reached a milestone of 3 million viewers. In the soapie, she’s one of the executive producers and a lead actress.

Speaking to Sunday Sun at e.tv’s offices in Hyde Park, north of Jozi this week, the veteran actress said focus and passion had been the driving force behind her staying power in showbiz.


Insisted the 48-year-old star: “I’ve been in the industry long enough to know if you want to make it, stay away from wanting to be celebrated. “If you focus on your craft, the rewards will come without you chasing after them.”

Leleti said she’d have faded a long time ago if she’d focused on fame. This as the actress left the country’s biggest show, Uzalo, to pursue her lifelong dream of producing a unique show like Imbewu: The Seed.

Asserted Leleti: “We wanted to produce something that had never been done before in Mzansi, and to take a risk. Through this project, we wanted to bring new people in and have a production that would be based in KwaZulu-Natal.”

She said the production they had in mind sported a different texture and look.

“We’re where we are because we weren’t scared that what we were doing wouldn’t work. What we’re seeing now is a result of team work.”

But a production of this magnitude isn’t without its challenges.

Said Leleti: “Working with new people, who’ve never acted or worked on a production like this is a major challenge. But I love having fresh faces around because they bring something new and fresh that old hacks just can’t.”