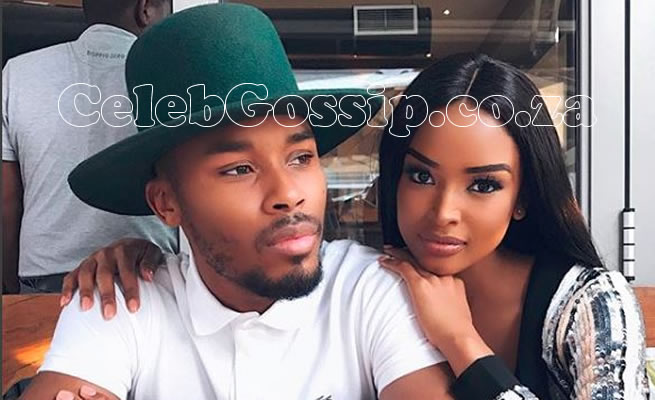 Once upon a time, Andile Ncube and Ayanda Thabethe were one of South Africa's most loved celebrity couples. The pair were together for several years and they were the picture of perfection.

A couple of years ago, the media personalities divorced and shortly after that, Ayanda Thabethe's career skyrocketed. Although we do not know the details of their divorce, looking from the outside, their split was amicable.

After the controversial split that TV personality Andile Ncube’s and his then fiancé Ayanda Thabethe went through, it was revealed that the two broke up because Andile was allegedly cheating on Ayanda.

And now TV host Ayanda Thabethe and her fresh boyfriend whom she allegedly used to cure her heartbreak after parting ways with former hubby Andile, have also called it quit.

Ayanda also confirmed that she has since dumped the former Dreamteam member, Zulu Mkhathini, formerly known as Dash, join a group of celebrities whose relationships didn’t see the end of 2018.

The couple quietly dated for two years before taking their relationship public. The two were often seen enjoying each other’s company and even getting cosy. It was first reported a few weeks ago that the ex-wife of sports presenter, Andile Ncube, has kicked her younger lover to the curb.

The reports became more apparent when Zulu Mkhathini couldn’t accept an award in the absence of the beauty at the 10th annual Feather’s Awards. She won in the Best Styled Female category. A few days after the event, the TV presenter confirmed the split. The revelation emerged during a question-andanswer session that the TV personality hosted on her Instagram stories. She got upclose and personal with her fans and allowed them to ask her anything. One fan asked if she was still in a relationship with the musician and she answered, “I’m single again. I’ll always think the world of him.”

Events that led to the two stunners’ break-up remain unknown and Zulu Mkhathini hasn’t said anything about the split yet. When Move! contacted him, he asked to be interviewed at a later stage as he was unable to speak. Shortly after their relationship became public, Zulu Mkhathini shared that Ayanda was his rock. He told a daily newspaper that their relationship was never a secret, saying they were just doing what felt comfortable for them.

QUEENING ON HER OWN

The TV presenter is enjoying life as a single woman. She’s as beautiful as ever and, in her own words, she’s queening on her own.

When asked what she is looking for in a man, the beauty made it clear that she is single and certainly not looking.

“I’m not looking. I’m not in a rush either. I love a guy who is secure in himself and his self-worth. A guy who is honest, humble and kind. I want a man who is hard working, ambitious, family oriented, adventurous and God-fearing,” Ayanda shared about the qualities of her ideal man on instagram.