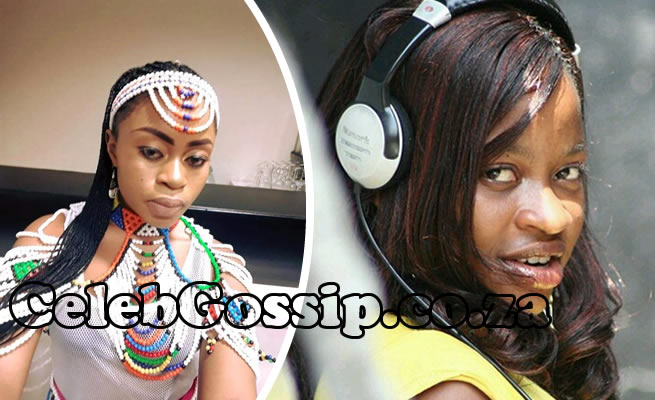 AFRO pop singer BlaQ Diva is terrified and believes she’s haunted. BlaQ Diva, whose real name is Samukelisiwe Mollo (26), said she had been dreaming about her mkhulu recently. “He often appears in my dreams wearing his favourite green overall, which he used to wear when fixing people’s cars.”

Her uncle, who died in May, lived in Standerton, Mpumalanga. BlaQ Diva lives in Sunnyside, Tshwane. She told Daily Sun she hadn’t slept peacefully since her mkhulu’s death.

“My grandad always comes in my dreams at about 3am. He talks but I can’t hear what he’s saying.”

She said her dad held a traditional ceremony for her in Newcastle, KZN, in October to help her connect with her ancestors, but that hadn’t work.

“After the ceremony I dreamt about my grandfather a lot. My family tell me I have restless nights. I talk in my sleep and wake up in a cold sweat, exhausted.”

Sangoma Humphrey Nkomo said BlaQ Diva must find a powerful sangoma. Her mkhulu wanted to reveal his murderers, and if she didn’t act these people would kill her, too.

BlaQ Diva has released singles such as Impumelelo and I am Gone. She will release her debut album after Christmas.