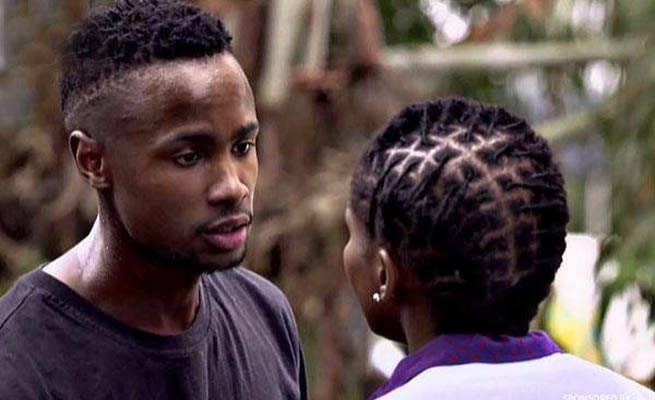 Former Rhythm City and Generations: The Legacy actor Sphamandla “Spha” Dhludhlu spent a night in police cells after he allegedly stabbed his friend with a broken beer bottle over a woman.

The incident, which was allegedly fuelled by alcohol, occurred on Sunday at Cubana Lounge in Fourways, northern Joburg, where Dhludhlu also allegedly exchanged blows with another patron.

His friend Lusaso “Saso” Sokhela opened a case of assault with intent to cause grievous bodily harm against the thespian at the Douglasdale police station.

Sokhela claimed that he later withdrew the case after Dhludhlu, who also stars in iKhaya, said he stabbed him by mistake and apologised.

Sokhela also confirmed that he opened a case of assault with intent to cause grievous bodily harm against his mate.

“But I withdrew the case after one of my friends told me that he stabbed me by mistake while he was fighting with another patron,” he said.

He refused to give Sunday World further details about the incident and said it was now water under the bridge for him.

But in the police statement seen by Sunday World, Sokhela was crooning a different tune.

He said he was at the parking area of Cedar Square when Dhludhlu approached him and stabbed him in the mouth with a broken beer bottle.

He said he sustained injuries inside and outside his mouth. He said he was rushed to Life Fourways Hospital where he was treated and later discharged.

In the statement, Sokhela said he suspected that Dhludhlu might have butchered him because he saw him talking to his girlfriend at a pizza shop the previous day.

“He [Sokhela] said they [he and Dhludhlu’s girlfriend] were together at one place and he [Dhludhlu] was also there,” reads the police statement.

But a witness, who didn’t want to be identified for fear of victimisation, said the fight started in the lounge when the two, with their friends, were merrily imbibing ale.

When they were about to leave, Sokhela asked them to help pay his bill, which was aboutR15 000.

“When none of them moved an inch, he asked Spha why he always drinks his alcohol and leaves without helping him pick up the tab.”

The witness said a fierce argument erupted between the two and a fight broke out.

“If he says the incident happened at the parking where he was stabbed, he is lying because it started inside Cubana after an argument over a bill.”

Attempts to solicit comment from Dhludhlu drew a blank as his phone was off at the time of going to press.