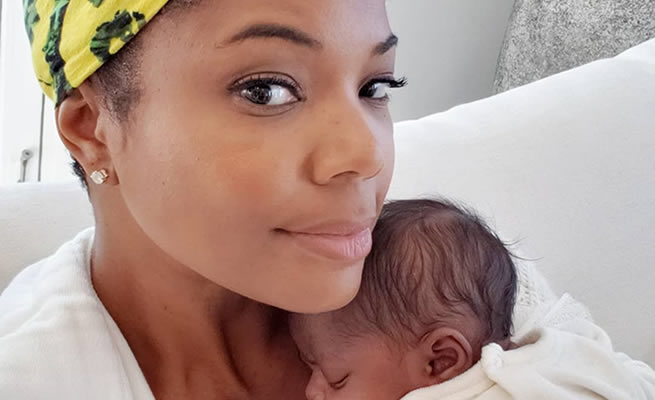 Gabrielle Union never considered giving up on having a baby.

The 46-year-old actress went through nine miscarriages before she and her husband Dwyane Wade turned to surrogacy to have their daughter Kaavia, who was born on November 7, but she insists that she never once gave up the hope that she would one day be a mother.

When asked in an interview with Oprah Winfrey if she’d ever considered giving up, she said: “No. I’m one of those people that, I failed at all kinds of things, repeatedly. I’ve just always been of the mindset because people tell you, ‘You work hard, you do the right things, you’re a good person, it will happen for you, eventually’.

Meanwhile Gabrielle claims that she faced a backlash from the public following the arrival of her daughter.

Gabrielle – who made the announcement with a photo of her and Dwyane sitting together in a hospital bed – told Oprah Winfrey: “Everyone started talking about why she acting like she just had a baby.”

Despite her baby joy, Gabrielle admits during Oprah at Home with Gabrielle Union, Dwyane Wade & Their New Baby that she’s still struggling to come to terms with being unable to carry the child herself.