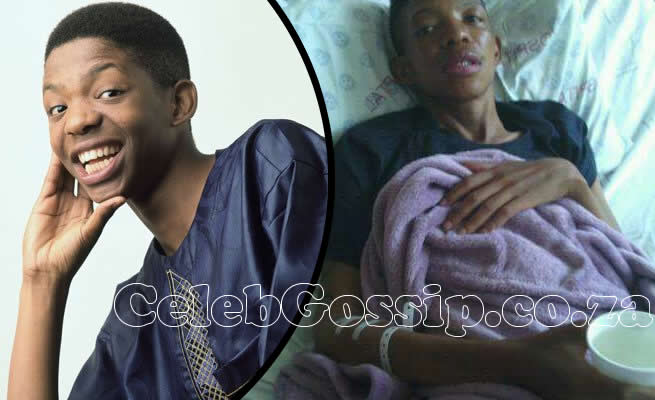 LUNDI TYAMARA was once a superstar who had the world at his feet and was treated like royalty.

Friends and fans would swarm around him like bees. But all his fame has not helped his family after his death. They are trying to pick up the pieces of their lives and move on, but are struggling. Previously, Celeb Gossip News even reported that Lundi died poor and he was at the time even failing to pay rent.

“It’s been really tough for the family since Lundi died because he was the breadwinner. They sometimes go to bed on empty stomachs,” said his best friend, Thabiso Moloi.

He said things are so bad, they are planning a fundraising event next month to help with the needs of the family.

Said Thabiso: “While we will be celebrating Christmas with food, we also want his children to have something to eat. We’re approaching some artists to help us with the fundraising event, which we want to host next month.”

The family also needs money to fix Lundi’s vandalised tombstone. One of his sisters, Babalwa Tyamara, said none of her family members are employed.

“Since my brother died, none of the people who claimed to care for him have been there. It’s been tough for my family. We’re hoping that the event will at least raise enough money to rebuild his tombstone because, for my family, that’s important,” she said.

She added that although they were unemployed, they do piece jobs, so that Lundi’s children can at least have something to eat.

Asserted Babalwa: “It’s painful to see them suffer knowing that their dad is no more, so that’s why we’re doing everything we can to help them and make sure they have a better future.”