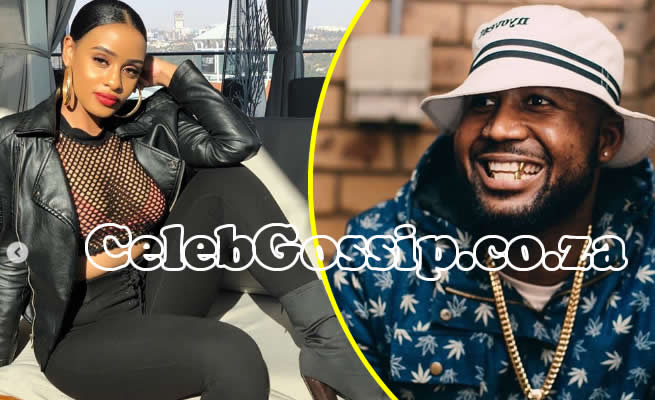 It's exciting to witness that there are other aspects in hip hop that could be found, like love.

South African hip hop star, Cassper Nyovest has reportedly paid lobola for his rumoured girlfriend, Thobeka Majozi. The award-winning rapper clearly has more reasons to extend his stay in Durban besides his much awaited #FillUpMosesMabhida concert taking place this weekend.

Sources told Isolezwe newspaper that the Doc Shebeleza Cassper hitmaker paid lobola for Thobeka, who resides at the plush suburb of La Lucia in Durban. However, the rapper has denied these claims.

Asked if he's getting married, Cassper told Metro FM's Fresh Breakfast on Friday morning: "Nah, not any time soon. And in the papers they said I took out lobola last week or something 'cause I've been in Durban."

Cassper and Thobeka have long been rumoured to be an item, with the Durban beauty frequently posting content aligned to Cassper’s ‘Fill Up’ content on her social media platforms. She also frequently posts videos with Cassper’s Instagram famous gardener, Innocent and his best friend Carpo.

The source told Isolezwe the traditional ceremonial functions would follow next year.

Approached for comment by Isolezwe, Thobeka did not respond to questions and dropped the call.

Thobeka’s mother, Nto, said she would not comment on her children’s affairs.

Cassper said he had nothing to say, and said he was sick, nursing himself and preparing for Saturday’s concert.

He said he was looking forward to Saturday, where he will release his kwaito-enfused album Sweet and Short and for the #FillUpMosesMabhida concert.

He also announced King Monada would be performing at the concert, along with artists like Shwi noMtekhala, D’Banj, Nadia Nakai, Babes Wodumo, Black Motion, Shimza and Sjava.