Socialite and fitness fanatic Sbahle Mpisane, who was involved in a horrific car crash in August, is still on the road to recovery.

Sbahle, who has been in hospital for the past couple of months, is now looking happier than ever. On Friday morning, one of her friends took to Twitter to share new snaps of the Fitness Bunnie. It's so great to see her in high spirits, considering the fact that her recovery could take months. Earlier this month, her father, Sbu Mpisane told Isolezwe newspaper Sbahle is recovering under doctors' supervision. "If someone suffers fractures like that, it takes three to six months to recover," he told the paper.

This is the second time the public has gotten a chance to see Sbahle since her car accident. Just a few months ago, fans watched a video that she recorded from her hospital bed. The video was posted on social media by her brother, Andile. 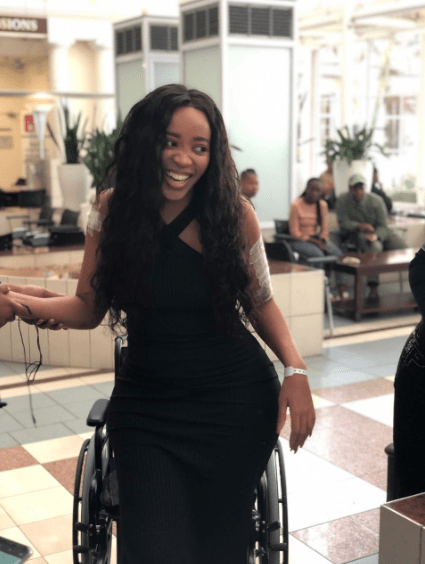