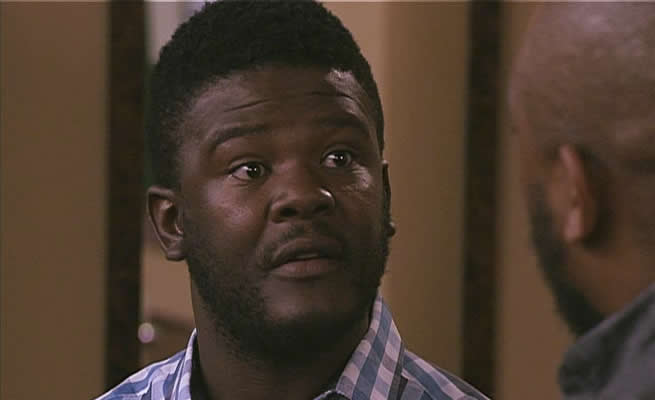 ISIDINGO actor, Motlatsi Mafatshe, effortlessly plays Sechaba Moloi, a character he has portrayed for nine years on the soapie.

Much like his scheming character, a young man who made it big in Horizon Deep by grabbing every opportunity that came his way, Motlatsi is a go-getter. In real life, the 35-year-old award-winning actor dabbles in different spaces. He is not only a seasoned actor, but is also a director and musician.

The actor was introduced to the viewers as Sechaba – the chancer. With nothing to lose, Sechaba couldn’t let any opportunity pass him by. Having no qualification didn’t stop him from reaching great heights. There isn’t much he hasn’t done in Horizon Deep. He has been a shebeen boss and has made his way into the Sibeko gold mine. He’s also now the mayor of Horizon Deep.

Motlatsi, who plays the character so well, admits that he has learnt a lot from Sechaba. “I wish every black boy could look at Sechaba’s life and see that it’s impossible not to dream. He taught me to stay true to myself and through his life, I’ve learnt that a good heart always wins,” says the actor.

Motlatsi has been with the soapie for nine years and he’s currently the longest-serving actor. His role earned him the Outstanding Lead Actor award at the third Royalty Soapie Awards. He won against the likes of Meshack Mavuso Magabane, Hamilton Dlamini and Lindani Nkosi. The actor says the big win came unexpectedly.

“It was an honour to be nominated with my all-time favourite actors. The nomination was enough for me. I’m humbled by the acknowledgement,” he says.

The artist has recently joined the Isidingo crew as a director, something he says he always dreamt of. He has in the past trained as a director with SABC2’s sitcom, Stokvel. Fans can hold back their tears as the star will still portray Sechaba. He shares that taking on the new role was challenging at first but says the team has been amazing.

“Everyone has just been great to work with. They believe in me and they always give it their best shot. I sometimes feel like they go the extra mile just to impress me,” he says with a chuckle.

The star recently released Falling, a love song which is a fusion of funk, pop and hip-pop. Motlatsi says music had to wait until he had accumulated enough money to build his own studio.