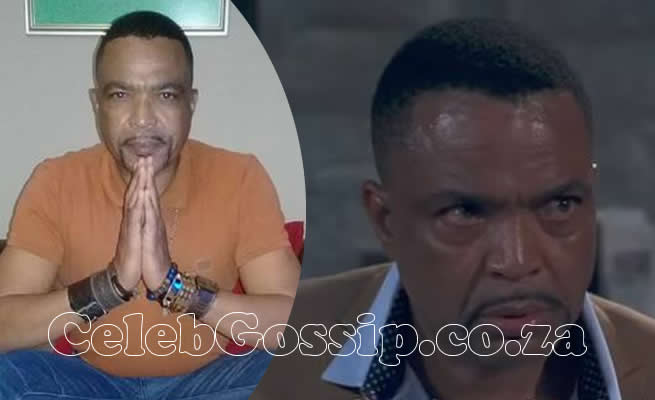 THEY HAD MEINA CORNER

FOR two weeks, Skeem Saam actor, Macks Papo, became a victim of intimidation and death threats. He received phone calls from stalkers who threatened to kill him, his son and torch his mother’s house with her in it. The 52-year-old tells Move! that a bitter ex was paying a government employee to cower him. Finding that an ex was part of the plot was hideous, but that didn’t prepare the actor from finding out that his current girlfriend was also in the mix.

An ex was the brains behind the scheming and the threats. She was using the actor’s current girlfriend to follow his every move and she used it to intimidate him. The veteran actor says the two unknowingly made his life miserable in a short period of time. He says that he would receive phone calls from unknown numbers, all from the same person threatening to tarnish his name by telling everyone that like his character on Skeem Saam, he is a blesser. The actor, who plays Marothi, says what got to him most were the threats to have his family killed.

“These people were playing on my emotions and they were so good because they knew everything about me and my family,” he says. Even though he was startled, Macks says he never for a second thought of giving in. The Mamelodi-born actor says that he had to do his own little digging and involve an intelligence team to get to the bottom of the problem. Two people were initially caught, the ex and a man she was paying to get to the actor.

The actor says the man was a government employee and says he was the one who was communicating with him through phone calls. It was later found that his then girlfriend was part of the two-week torture. The two have since parted ways and the actor says to this day, he’s still not sure what the three wanted.

“They had me in a corner, but I am not a coward. I know people in high places and they helped me get to the root of the matter,” he says.

The three were caught in their own little game. The actor says the women confessed and apologised. He says the man, who was paid, has since been fired for misusing the state’s resources to threaten and intimidate him. The artist is happy the threats have stopped, but says he wants the exes to publicly apologise for the severe pain caused on his reputation.

“I have given them two weeks to publicly apologise and if they don’t, I will press charges against them,” he tells Move!.

He says the incident dramatically changed his whole life. He says before it all happened, he had a carefree life. He says he now has to take security guards everywhere he goes. The star doesn’t enjoy the celebrity life.

When the Skeem Saam’s actor is not troubled, he is a motivational speaker. He gets invited to schools, churches and corporate events.