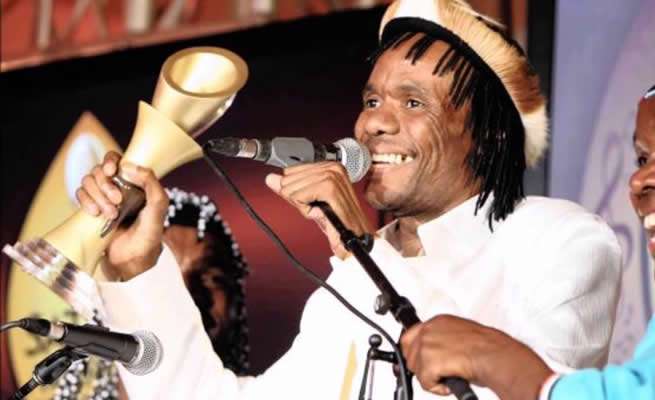 FAMILY members of the late Mtshengiseni Gcwensa, known as Indidane, are confused following the theft of the maskandi star’s awards.

Nine awards were stolen, allegedly by unknown men who broke into Indidane’s house in Msinga, KwaZulu-Natal, on Wednesday. Local boys found them scattered beside the road, destroyed and smashed to pieces.

Indidane’s fiancee, Zothini Gcwensa (36), said: “I thought those who stole his awards wanted to sell them and get money, but clearly I was wrong. They wanted to destroy his hard work. Why would a person want to destroy a dead man’s property?”


She said the thugs who stole the awards also took R2 000 of hers that was in the house.

Indidane was the leader of his band, Amageza Amahle, when he died in 2015 after a long illness.

He won 20 awards, some of which were bestowed on him after his death.

Velo Bhengu, who leads Indidane and Amageza Amahle fans, said: “We hope Indidane’s spirit will see to it that those who did this are prosecuted.”

KZN police spokeswoman Colonel Thembeka Mbhele said police were investigating housebreaking and theft cases. No arrests have been made at this stage.