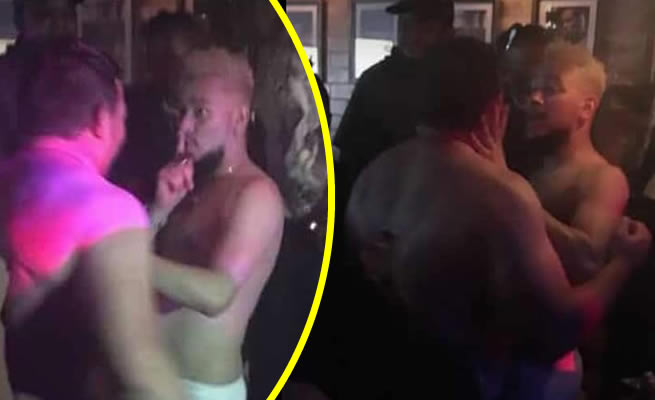 The financial domino effect from the demise of a company jointly owned by hip-hop juggernaut AKA and his business partner continued in dramatic fashion last week.

AKA, real name Kiernan Forbes, dramatically saved his shiny Rolex watch when he paid an outstanding debt of R150 000 on it from his pocket.

The watch was presented to him by his former business partner at the now defunct Beam Group, Prince “Costinyo” Nyembe, in December last year.


AKA and Nyembe decided to go their separate ways in August and the rapper was not aware the so-called gift was bought using the company’s name until the jewellers wanted to repossess it this week.

Sunday World reported last week how the company’s fall affected staff who have not been paid their full salaries since September.

It was also alleged that what broke the camel’s back was when AKA discovered his partner bought a flashy Maserati worth almost R1m using the company’s finances.

As if that was not enough, the

Rolex watch was going to be repossessed on Wednesday if he did not settle a R166 000 debt on it.

Schofield & Company Custom Jewellers contacted Nyembe and told him they would be forced to take the personalised bling timepiece worth R370 000 if the outstanding amount was not fully paid by Wednesday. The e-mail went into detail on the amount that was still due and the period Beam Group defaulted on its repayments.

“Please note this is our final request for the payment of the outstanding balance [R166 000]. We have not received any part payment in the past few months for the watch and this is concerning.

“Should we not receive payment by the 21st of November, the watch will need to be returned, we will sell off the watch and recoup finances, any additional monies made off the sale will be returned to you,” reads the letter.

AKA confirmed he was made aware of the debt and immediately took the responsibility to sort it out. He showed Sunday World two statements proving he personally paid R100 000 on Wednesday and then R50 000 on Friday to the jewellers.

“I am good to settle any debt incurred by Beam Group up to my share of ownership. It was, however, disturbing to be notified, with written evidence of arrangement between my former business partner and the Schofield brothers dating back to last December – that what was publicly gifted to me has been unpaid,” said AKA.

“We live and learn, we move forward from all experiences. I have settled the amount personally and would also like to apologise to the Schofield brothers, who I have and continue to enjoy a long-standing relationship with for this embarrassing episode.”

One of the Schofield brothers, Kyle, said: “Our clients’ privacy is paramount to us. We continue to nurture a positive relationship with Kiernan Forbes. No issues on our end.”

Nyembe accused the rapper of taking all the money with him from the business.

“He left the business in debt and the debtors are now sending e-mails to me. This is what I deal with while he entertains [his fans].

“He left with all the millions … Now these … people we are indebted to are contacting me to clear the debts whereas I don’t have the money. The money is with him.”