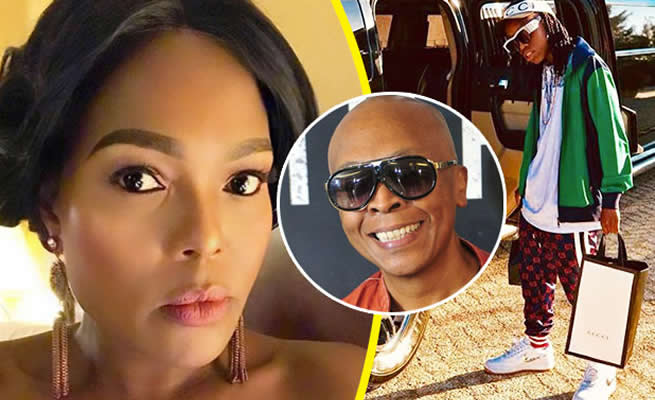 Robbie Malinga’s wife Ann has an important public service announcement for South African women – stop telling widows what they should and should not do.

Since then, the music maestro’s wife and family have been told how to behave.

The couple’s son was slammed for taking over his father’s Instagram page and flaunting his flashy lifestyle. Social media users said his behaviour was disrespectful.

Ann was not spared from excessive scrutiny and everything she did was dissected by women who boldly commented whether some of her behaviour was appropriate for a widow.

But she is sick and tired of all the “experts” telling her what to do.

“Why are women such experts when it comes to widows. How to behave, when to start dating, when to look sad and happy. How many husbands have you lost that has made you such an expert?” Ann asked in an Instagram video, according to TshisaLIVE.

She is not the only famous widow to come under fire for every move she makes.

Sfiso Ncwane’s wife Ayanda has had to deal with many hurtful comments since his death in December 2016. She has been slammed for allegedly giving away his clothes to some of her male friends and some even accused her of finding herself a new man.

In some incidents, Ayanda would try to correct her haters’ incorrect perceptions about her life.

But stars like Dineo Ranaka were quick to come to her defence, saying that she does not owe anyone an explanation.

“Bathi Ayanda Ncwane must explain. Explain what exactly? What makes you think you deserve an explanation? #HandsOffAyanda… sick society will have too many rules and regulations for a woman and expect us to comply. Who lied to you and told you we gonna comply? Kudlaliwe ngani shame,” she wrote.

Morning family. Once in a while. Remind your past and say ….“ Dear past, you don’t hold the power to define my future.”

Letshego Zulu, the wife of race car driver Gugu Zulu, was given a tongue lashing online for not following “mourning protocol”. A few months after Gugu’s death, Letshego did an interview with Real Talk’s Anele Mdoda.

Some said it was too soon after her husband’s death while others questioned why she was wearing yellow instead of black – as is custom in some African cultures.

Others called her “disrespectful” for not covering her head with a doek.

I count myself lucky to have this gorgeous little person as My Daughter. I've become the Mom that I am today because of my love and appreciation of her. I love Motherhood because of her. Thank you Lord for this blessing and thank you #GuguZulu for this gift. #ForeverSmiling #ForeverHappy #MyPreciousAngel #AdventureBabyZA

Mandoza’s wife Mpho Tshabalala was criticised for giving a speech at his funeral. While her comforting speech touched the heart of many, some felt it was uncalled for.

“Where have you ever seen or heard of a widow getting up to give a speech in front of multitudes during the mourning period? After losing your husband, we come to mourn with you and comfort you, not the other way around. Why was she giving a speech? To comfort, us?” Nokuzola Mndende, director of Icamagu Heritage Institute, questioned.

Some even called her use of words like “my love” and “my sweetheart” during her speech “inappropriate”.