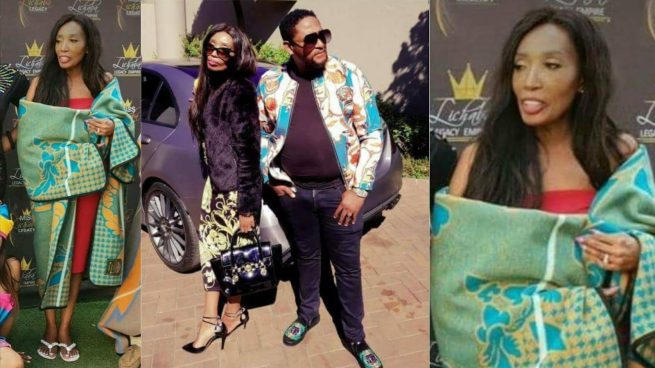 In the last few months, Sophie Ndaba has been ridiculed and abused one too many times for her weight-loss. However, that hasn't stopped the iconic star from living her best life.

Sophie, popularly known as Queen Moroka in soapie Generations, said she is now more in love with herself than ever. On Wednesday, the actress and businesswoman took to Instagram to emphasise the importance of self-love by making herself her own Woman Crush Wednesday. "Happy Wednesday Angels. Today I'm my own #WCW. Love and understanding begins with yourself," she wrote.

Sophie went on to add that you're in no position to love anyone if you don't understand its true meaning. "People abuse the words 'I Love you' randomly say them to others. So… I love you Sophie Lichaba because God taught you the true meaning of love."

Happy Wednesday Angels❤. Today I'm my own #WCW. Love and understanding begins with yourself. You are in no position to love anyone if you dont understand it's TRUE meaning. People abuse the words "I Love you" randomly say them to others. So… I love you Sophie Lichaba because God taught you the true meaning of love!!🤩💖👑 #ImWithSophie #NayiLePose #GodsFavouriteDaughter

Sophie has transformed into a healthier version of herself.

In an interview with Thando Thabethe, she opened up about her weight-loss journey and why it was important for her to start living a healthy life because of her diabetes diagnosis. In the interview, Sophie shared that losing weight was one of the most difficult journeys she has ever embarked on.

When pictures from the radio interview surfaced on social media, negative rumours about her health quickly spread across the country.

Shortly after that, Sophie posted a video in high spirits on Instagram assuring her fans that she's doing okay, despite the death rumours.

Happy Friday Angel's!! What an interesting month it has been! Im Alive I'm not in ICU and yes can the slow peeps understand Living with Diabetes is NOT a Death sentence. Im living a fabulous life. Standby soon for my eating living healthy blog. Cant wait #ImWithSophie 😍

Her life is a true testament of the words she wrote and for that, we salute her!