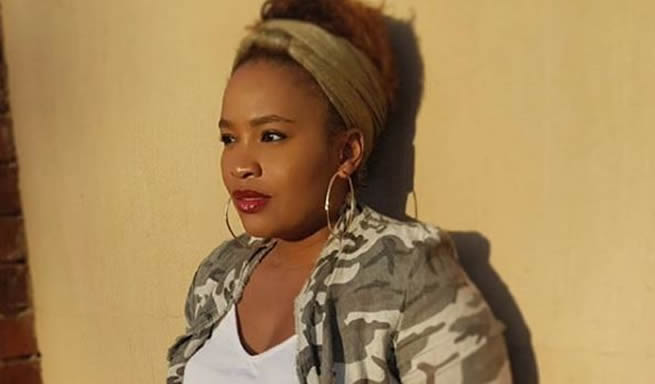 Isibaya actress Ayanda Borotho has a strict "zero English policy" in her house, claiming it can erode her mother tongue.

Ayanda took to social media recently to post a quote about English not being a sign of intelligence and explained her stance. She said it was her personal feeling and she wasn't judging people who thought differently.

"I honestly don't want anyone feeling judged by this post, these are my personal views and no one has to do what I prescribe to in my life. Anyone that knows me well will know that I have a zero English policy in my house. I went to model c schools from standard 1/ grade three and I never spoke English at home.


"A few years ago my now 5-year-old son was ready for nursery school. After 2 weeks of going, I took him out. The fact that English had begun eroding his mother tongue freaked me out. I have delayed nursery school for this reason."

She said all her children speak Sotho and Zulu as their default language.

She also recounted how her sons had started swimming classes last year and their instructor picked up that they did not speak English. She responded by saying he was a "mo sotho boy born of a Zulu mother. He speaks his languages."

Ayanda admitted that she got weird looks from people who try speak to her children in English and she asks them to speak in Zulu or Sotho.

"I've had issues with my own people (black) look at me like I'm weird when they speak to my kids in English and I kindly ask them to speak Zulu or Sotho. I don't understand this attitude. Isingisi asinanhlonipho for one. 'hi mom' and 'sawubona ma' are two very different things (again, my opinion). Language is our first point of connection with who we are."

She said the world was doing all it could to destroy indigenous languages.

"There is so much of our identity as 'a people' that is embedded in our languages. The truth is, when these kids come of age (early 20s) and are grappling with identity, they will blame us for robbing them of a very core and intimate part of who they are and of one that connects them with who we are to them. The world is doing all it can to rid us of our languages in schools and we are aiding the agenda. Silele."