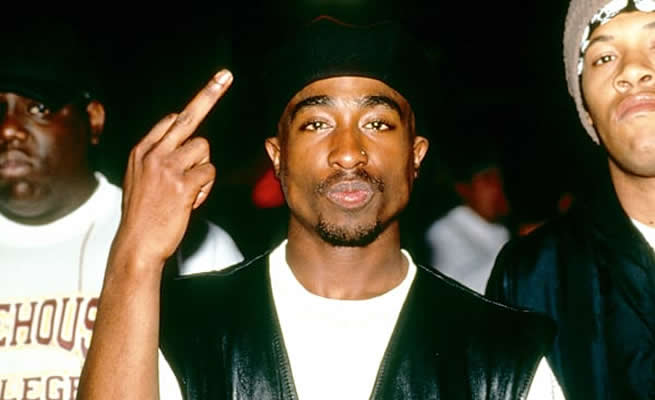 Celebrities often give us something to look forward to in life, they are our source of inspiration and are a big influence to all of us. They make us believe that we can make this world beautiful. But when they die it often breaks our hearts. Here are some of the most heartbreaking final words said by celebrities.

Steve Jobs
Steve Jobs is credited with discovering Apple and launching a high-tech revolution. In October 2011, Jobs was found dead at his California home due to complications related to the treatment he received for pancreatic cancer. Hours before he passed away, Steve lost consciousnesses but not before uttering his last words. Surrounded by his mother, children, and partner Laurene he looked at each of them and then took in his surroundings one last time and said, “Oh wow. Oh wow. Oh wow. ”

Elvis Presley
The King of Rock and Roll died in his bathroom while sitting on the toilet, a sad end to an otherwise magnificent life. Presley was heavily using barbiturates and his health was quickly deteriorating, Parts of concerts had to be canceled altogether as he was unable to get out of his bed. He woke on the morning of August 16, 1977, turned to his fiance Ginger Aldean and said ” I’m going to the bathroom to read” and never returned.

Marvin Gaye
Singer-songwriter Gaye was shot at point blank range by his father after trying to intervene in a fight between his parents. Marvin went to his room after a physical altercation with his father and told his mother, “Mother, I’m going to get my things and get out of this house. Father hates me and I’m never coming back.” Marvin Gaye is credited for helping to shape the sound of Motown in the 1960’s and was dubbed ” The Prince of Motown”. Gaye’s father was later found to have a brain tumor that may have led to his irrational behavior.

Amy Winehouse
Amy Winehouse joined the infamous “27 club” on July 23, 2011, due to alcohol poisoning. Just hours before her death, Winehouse placed a call to her doctor and told him “I don’t want to die”. According to toxicology reports, her blood alcohol level was five times the legal limit. Winehouse became famous for her sultry voice and old school look. Her last album Back to Black was, for a time, the best-selling album of the 21st century in the UK.

Bob Marley
Reggae star Bob Marley left us far too young, but his music still continues to ignite a flame in the hearts of fans. At only 36 years old, he died due to complications resulting from a melanoma diagnosis. Marley was such a staunch Rastafarian that he refused a potentially life saving toe amputation and allowed for cancer cells to spread to his organs instead. When he knew the end would likely come, he told his son Ziggy Marley, “Money can’t buy life”. Marley left behind 12 children from different women.

Whitney Houston
With her dying breath, Whitney Houston’s last words were, “I’m gonna go see Jesus, want to see Jesus”. The sad and tragic end to her long battle with addiction came on February 11, 2012. Whitney was found drowned in a hotel bathtub after a suspected accidental overdose which led to heart failure. Whitney is the only artist to have seven consecutive No.1 hits on the Billboard Hot 100 list.

Heath Ledger
When it was announced that actor Heath Ledger had been found dead in a New York apartment the world was shocked. The young actor had recently spoke to his sister on the phone and told her, “Katie, Katie, look…it’ll be fine, you know, I just need to get some sleep.” Heath was rumored to be suffering from insomnia following his intense character work for The Joker role in The Dark Knight. Toxicology reports showed an accidental overdose of sleeping pills and a prescribed treatment for a chest cold.

Paul Walker
In a tragic twist of fate, Walker, known for his wildly successful Fast & Furious films, died in a car crash. Walker was at a charity event raising money for typhoon victims and turned to an organizer and said his fateful last words, “We will be back in five minutes”. Paul and his friend Roger Rodas got into Rodas’s Porsche GT and sped away. Shortly after, the car crashed into a lamppost and burst into flames. Walker left behind a young daughter and countless distraught fans.

Tupac Shakur
An original player in the rap game, Tupac Shakur was not only a performer but a poet and activist as well. Known for his scathing lyrics and no holds bar attitude, Tupac was shot down in a drive-by shooting in Los Vegas on September 7th, 1996. As he was leaving a boxing match with friend and associate Suge Knight, the young rapper got into a scuffle with a member of the Crips gang and paid the ultimate price. Police at the scene reported that his last words were exactly what you’d expect upon seeing a cop leaning over him, “Fuck you”.