Home Celeb Gossip Zahara who is now dating a married man Ali Boy gets a... 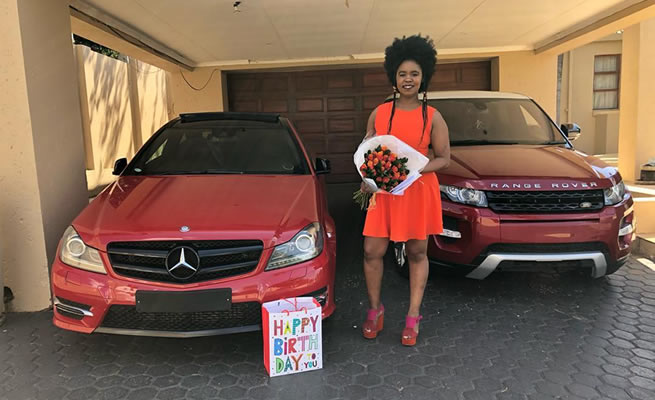 Zahara is by far one of South Africa's most loved media personalities. The star has been in the spotlight for several years and during her time in the industry, she has experienced the highs and lows of fame.

On her 30th birthday, Zahara bought herself a brand new Mercedes Benz.

"40 awards and 30 years old today. We only do even numbers. Muhle uJehova!," she wrote. Take a look at the snap below:

40 awards and 30 years old today. We only do even numbers. Muhle uJehova!

Not only is she a superstar, she also gives back. According to Daily Sun, the singer will also be embarking on a motivational tour to a number of schools every week.

Speaking to the publication, Zahara mentioned that she embarked on this tour because she wanted to spread some love to the youth.

Zahara got the brand new vehicle just after news broke out alleging that the music diva is reportedly having an affair with a married man. The ever-grinding rumour mill has it the star has been very cosy with fellow artist, Ali Boy (real name Alfred Idris), with whom she recorded a song five months ago.

According to insiders, Zahara (real name Bulelwa Mkutukana) and Ali have taken their relationship beyond just recording music together. The affair is said to have been going on for months and they’ve managed to keep it away from prying eyes.

Asserted an informant: “They started dating five months ago while working on the track, Imali, in which Ali was featured with his wife Sinderella.”