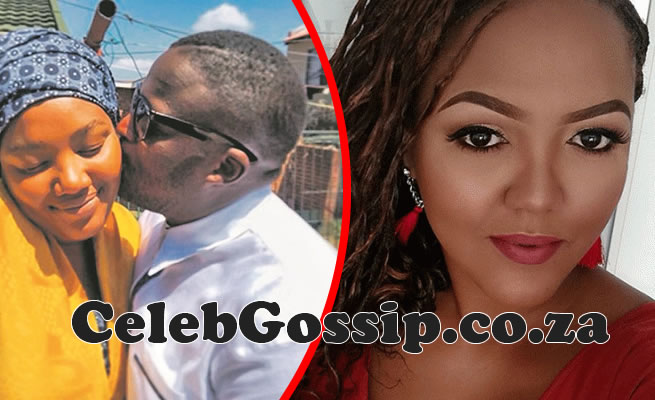 The death of popular South African musician, Jabulani Tsambo, 38, caused much upset in Botswana, where the singer was regarded by many as an honourary Motswana.

However, the fallen star’s suspected suicide was especially devastating for a 33-year-old local stunner from Maun.

In an exclusive interview with The Voice, a heartbroken Gwen Isaacs narrated how Hip Hop Pantsula (HHP) or Jabba as he was popularly known, had talked about marrying her.

Grieving alone and far from Johannesburg where his memorial was held, the distressed beauty, who lives in Gaborone, said that although she and Jabba had a topsy-turvy relationship, it was only recently that the king of Motswako had indicated he wanted to spend the rest of his life with her.

“HHP was the love of my life. He was even prepared to relocate to Botswana to live with me once we are married. He went as far as coming up with a hashtag ‘Ke kopa Omang,’ to show how serious he was about relocating to Botswana,” she said, adding that the romance dated back 14 years when she met Jabba at a party in Gaborone and the couple instantly hit it off.

According to Isaacs, after deciding to marry each other they discussed the number of children they wanted to have.

“The proposal was nothing fancy, nothing romantic at all. He just blurted out the question, ‘Would you marry me?’ I said yes right away and the conversation quickly moved on to the number of children. We both decided two children was a good idea,” revealed the distraught damsel, pausing momentarily as she envisions a future that will never come to pass.

Describing HHP as a ‘generous person who loved people’ Isaacs added quietly, “I will miss him sorely. I will miss his laughter, his humility and of course his generosity.”

Although she admits that HHP battled with depression for many years, Isaacs thinks the musician should have tried harder to get help.

“He once asked for help and I had faith he was winning but unfortunately the battle is now lost,” she summarised sadly, her voice cracking with emotion.

However, what gives her strength to go on with life without her soulmate is the support that HHP got from his friends and family.

“People were very supportive. Those close to us tried to listen and be there for him but unfortunately it did not work. I have plenty of great memories of him and I am definitely going to his funeral, even if I am not in the programme,” said a determined Isaacs.

When questioned about Lerato Sengadi, who gave a moving eulogy as the deceased’s wife at the memorial early this week – much to the displeasure of Jabba’s parents who have flatly refused to recognise her as a widow – Isaacs said that as far as she was aware Lerato and Jabba were divorced.

“HHP used to refer to her as a wife until their divorce in April this year. He was preparing to marry me,” Isaacs maintained.

Reflecting on HHP’s last days with the benefit of hindsight, Isaac ruefully noted that it was evident he was planning to take his own life.

“I visited him in Johannesburg at the beginning of October and I could see the pain in his eyes,” she recalled, her voice reduced to a whisper as she remembers the last time she saw her lover alive.

The ‘Harambe’ hit-maker, who had in the past spoken openly about his on-going struggle with depression, was confirmed dead two weeks ago and was buried last weekend.

He is said to have attempted suicide at least three times before he seemingly succeeded, bringing an abrupt end to a life filled with purpose and achievement but mixed with much angst and pain.