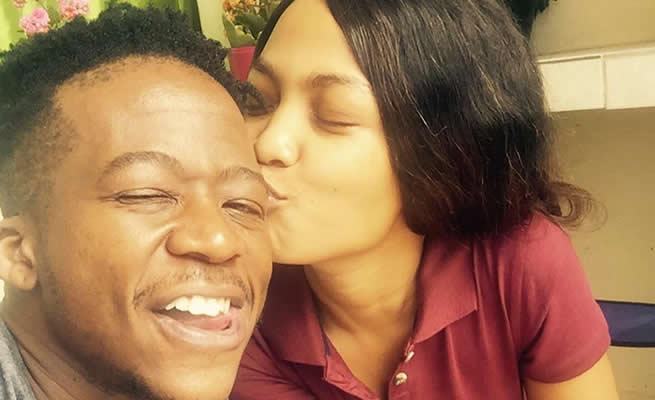 BLACK MOTION member Thabo “Smols” Mabogwane and his bae, Rakgadi Sedy Koetle, are rumoured history. And this is barely six months after the couple announced the arrival of their bundle of joy.

According to insiders, the break-up was nasty. An insider close to Rakgadi said trouble began shortly after the baby’s arrival.

Said the informant: “We thought things would change after the birth of their baby. But there was no joy. There’s a thin line between love and hate, and right now, they’re on the verge of hate.”

Another source close to Rakgadi said she looked up to her married older sister “too much, to a point she is forcing Thabo to marry her”.

Insisted the source: “I don’t think that guy was ever into marriage. She wanted marriage, and look what happened.”

The source claimed things had been so bad that families were involved.

“She’s bitter. We also advised her to get a job, but she refused. She wants to be a lady of leisure and pleasure. Unfortunately, it doesn’t work like that, she has to work,” the source said.

The source insisted Thabo was willing to give her a chance. Speculated the mole: “But when he discovered something in her belongings, it completely put him off. He confronted her at that time because he was shocked.”

The third source claimed his family was shocked and advised him to stay far away from her. Thabo is said to have since deleted most of her pictures from his Instagram account.

“But he’s left some where they’re with the baby. Also, he doesn’t want his dirty laundry aired in public,” said the mole.

Thabo refused to comment. When called for comment, a gentlemen who answered Rakgadi’s phone and identified himself as Omphile, said: “Rakgadi won’t talk about the break-up. Rather, speak to Thabo.”