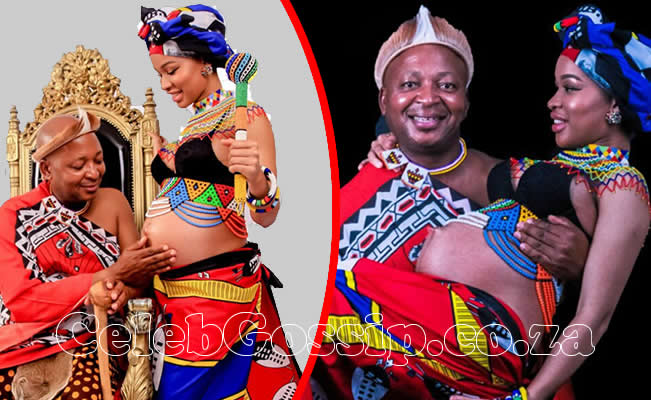 SUSHI King Kenny Kunene’s clan is growing stronger. This as the dawn of baby Sushi 2 is upon us.

Sushi King’s lover Nonkululeko was spotted with her blossoming baby bump at Kenny’s glitzy birthday bash last weekend. And rumours doing the rounds suggest the baby, whose gender is yet to be confirmed, will be nicknamed baby Gucci.

This week in a joint statement to the SunTeam, Kenny and his wife confirmed the good news. Said the couple: “Yes, we’re pregnant and happy with our number 2.”

But the soon-to-be parents insisted it was “still early days to talk about these exciting news”.

Said a friend close to the couple: “She’s happy. “Kenny is a loving husband and their family is growing.”

According to another insider, Kenny and his wife are an outgoing couple and are over the moon.

“Life is going well for Kenny: his businesses are booming and his home life is pleasant. He’s basically happy on both fronts,” the source said.

The third source claimed Kenny might throw a huge revealing bash to announce the big news to his friends and family.

“I think he’s been planning a surprise announcement that may go down Kenny Kunene-style: bling and over the top,” the source said.

According to the informant, Nonkululeko is still in her first trimester.

And the couple has decided to keep the sex of the baby private until the right time, the mole said.