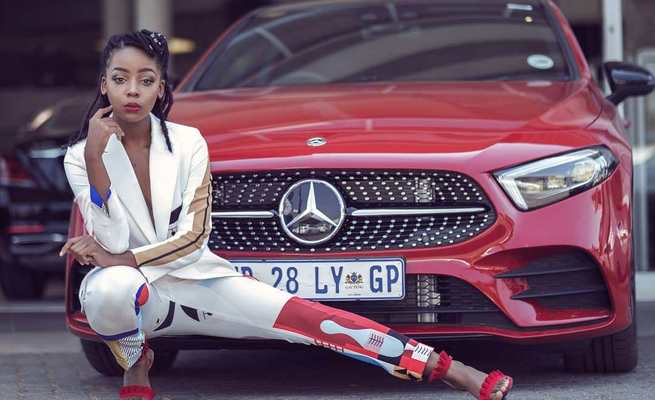 Did Thuso Mbedu just buy a new car? The second time Emmy Award nominee Thuso Mbedu is in cloud nine as things are moving in her direction. It has been 3 weeks now since the Safta winner learnt that she had been nominated for the International Emmy best actress award – the second year in a row – for her role as Winnie in the second season of the Mzansi Magic drama Is’thunzi. The show made waves because it addresses real issues, such as the rape and violence of young women in Mzansi face.

Thuso Mbedu was nominated for her role as Winnie in “Isithunzi”. Mzansi star Thuso Mbedu has just scored her second international nod in the form of a nomination at this year’s International Emmy Awards. The actress was nominated in the Best Performance by an Actress category for the second time in a row, following her nomination last year.

Thuso Mbedu can be described as an “it” girl on the South African acting scene. Mbedu was also nominated for an Emmy Award in 2017 for her role as Winnie in the telenovela “Is’Thunzi”. She won her first award for Best Actress TV Drama at the 12th South African Film and Television Awards this year. And she is in a happy mood. She recently posted pictures on her Instagram account and we think she has just spoiled herself with a new car she is now the brand ambassador of Mercedes Benz SA. Check the pictures and the message she wrote on the pictures…

This has to be my best year ever! Jokes aside. The people God has blessed me with, yere, I couldn’t have scripted your entrance better even if I tried! Fun was had and I got to play around with my car crush😍

nternational Emmy-nominated actress Thuso Mbedu and her sister recently became first-time homeowners. The sisters were close growing up, so the decision to purchase a home together was an easy one. Now in the process of paying off their bond, they're also planning on making some renovations to help cater for their needs and improve the value of their property.