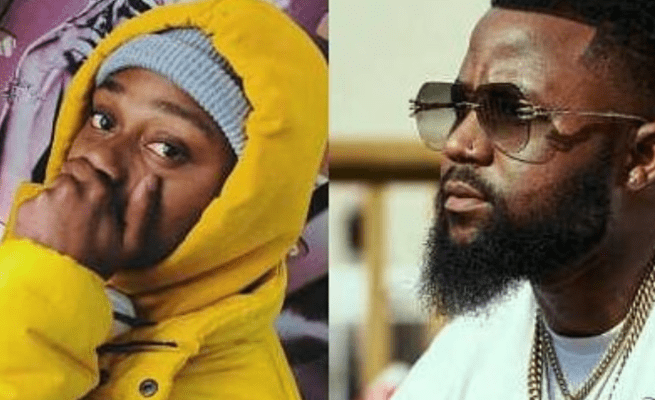 There seems to be another feud simmering on the hip-hop streets, this time it's between Cassper and A-Reece.

The social media streets are convinced that Cassper and A-Reece are in the middle of a beef and while they've gathered "evidence" to prove their case, it's all speculation at this stage because both Cassper and Reece haven't actually exchanged words.
So what's the conspiracy theory in the streets?

Well… tweeps apparently have it under good authority that Cassper's "drugs are bad" thread over the weekend may have been penned up with A-Reece in mind.

You know… this one.

I wouldn’t have been able to build Family Tree the way I did if I was high all the time. I look at my friends who smoke weed and how it treats them and I don’t want to be that guy. Not my vibe. It makes people lazy. Talented guys but they take forever to finish the job. https://t.co/lYAOvG3jGs

Uhm, word has it that A-Reece took a jab at the rapper-turned-new-age-kwaito artist aka Cassper Nyovest.

In the fire verse he did for the cypher, the Paradise hitmaker said something about so called rappers thinking that hip-hop is "kwaito" put in brackets. Yikes!

Look, you can't make this sh*t up, listen to the line yourself below:

See as far as SA hip-hop goes, the beefs come and go. One thing is clear though, Cassper has always been anti-drugs (at least on these social media streets) and particularly anti-weed.

This dates as far back as when A-Reece was still under Ambitiouz and their whole squad had allegedly become synonymous with weed… you know Emtee, Saudi etc.

Since those days a lot of things have changed but rappers like A-Reece have made it no secret that they love themselves some kush.

And so we find ourselves here.

Meanwhile the streets are actually torn because while Tsibipians will always back Mufasa, A-Reece's fanbase ain't the type to back down. Also as the tweets below prove, even Tsibipians can't fault the young rapper's bars.

Probably the dumbest tweet that Cassper has ever tweeted.. And honestly @reece_youngking can spit legit lyrics that are far better than @CassperNyovest 's. Represent Pitori,While Smoking weed..!!! I'm your Fan Cass but Areece is good!! I fucks with his music more than Cassper's https://t.co/lf9jkP5zMi

Areece can murder Cassper Nyovest by just drinking water and saying "Ey" in a beat . pic.twitter.com/UWaewbP7xB

They always catch feelings whenever Cassper talks about weed & Drugs 😂😂😂one of them is that Lesbian called Areece… he cant even sell 20 copies of his music! pic.twitter.com/67JQPyqjF8

Someone says Cassper raps better than AReece, Joke of the year 😂😂 pic.twitter.com/rmq6NjZpZq

Yes "Areece can kill Cassper Nyovest with.."but he's career would still be in the same place after that..😂😂😂 but #AreYouComingToMabhidaDoe ? pic.twitter.com/eJQIgEkRi0