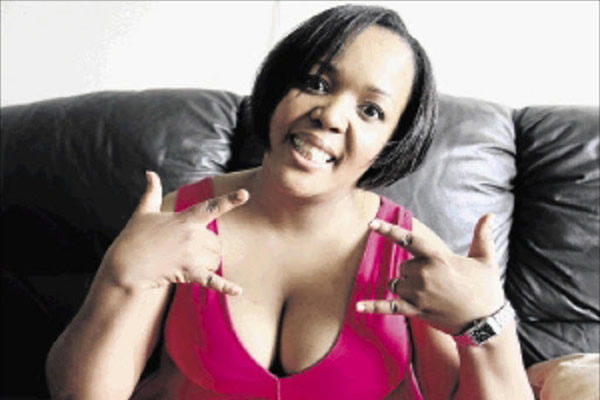 JOHANNESBURG – South African comedienne, presenter and actress Tumi Morake has a story to tell and she has done it through her first book.

Morake's book And Then Mama Said describes lessons she learnt from her late mother, whom she describes as a pillar in her life and best friend.

The book is the voice of Morake in private, a behind-the-scenes perspective of a pioneering South African star who has been both deeply loved and viciously hated by her audiences.


"This isn’t my biography, but a collection of memories from my life. I have shared some of the things that have made me resilient and shaped the persona of Tumi Morake. I have often been asked to share my story and I thought what better way than by honouring the woman who made me who I am, my mother," she says.

In the book, Morake gets personal on a number of tragic and low moments in her life, including her mother's death, coming to Joburg from Mahikeng with almost nothing to her name, the ups and downs in her marriage and the incident which saw her leave Jacaranda FM abruptly.

THE JACARANDA FM SAGA AND FORGIVENESS

In 2017, Morake, who had recently secured a gig as co-host of Jacaranda FM's breakfast show, received a wave of backlash from white listeners who were offended by her comments on apartheid.

She used a lighthearted illustration to demonstrate how little was done for black people post-apartheid.

Listeners took to social media to voice their disapproval, calling her a racist and demanding her removal from the station.

"I know I completely f'ed with their reality because a black intelligent woman who owns her black accent was not afraid to go that route.

"What helped me survive is I knew my point of departure and never forgot it."

Morake says there was no hatred intended in what she had said and that she drew inspiration from what her mother taught her while growing up to face the backlash.

She says she didn't intend to leave the station and didn't want to be bullied into doing so, but was given an ultimatum by her then bosses, which forced her to leave with immediate effect.

Despite all this, Morake says she has moved on and forgiven.

"I have chosen to forgive… I am not out to destroy anyone."