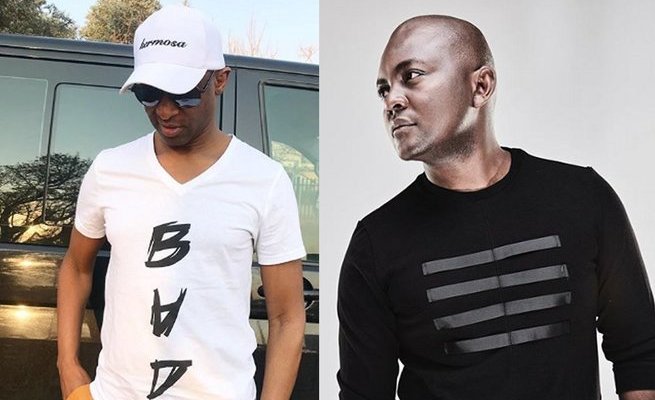 The explosive feud between Euphonik and Arthur Mafokate, which hogged headlines four years ago has evidently not been squashed

During an interview on Metro FM late last week, Euphonik did not mince his words when he labelled Arthur “evil”.

Euphonik and Mo Flava were having a conversation about beefs in the industry, when Arthur was thrown into the mix.

“I think I deal with things as and when they come and as and when they happen. I don’t really have grudges with anyone,” Euphonik said.
The house music DJ added that he has “serious personal issues” with Arthur

Even though Euphonik did not spell out which Arthur he was referring to, he didn’t have to considering the history between him and the kwaito veteran.

“He’s just an evil person, he’s an evil human being, and unfortunately like everyone just ducks and dives and like hides behind him being a grootman and all of that.

“And for me, like I grew up like knowing that respect is given to every single person until they take it away from you. So, he’s one person that like I can say took his respect of him away from me.”
The pair got embroiled in an explosive feud in 2014 after Sunday World reported that Arthur accused Euphonik of having an affair with Chomee.

At the time Arthur and Chomee were romantically involved.

During an interview on 3 Talk with Noeleen in 2015, Euphonik addressed the scandal and openly accused Arthur of “selling fake stories” to the media.

“It’s unfortunate that in the entertainment circles, we come across guys like Arthur. And, that’s the truth about him.

“At a birthday party that I had, Chomee was invited by my staff to perform. I sent her a text message the next morning, saying ‘Thanks for last night, it was awesome’, and she said, ‘Thank you, it was great’, and Arthur took that exchange out of context, a year later,” Euphonik said at the time.