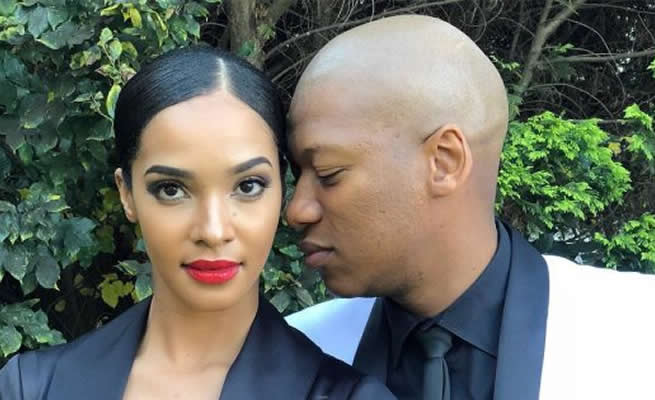 THEY were one of Mzansi’s IT couples. Social media was set alight with photos of them together on various baecations… But now the couple has moved to splitsville and deleted all evidence of their romance!

Former Miss South Africa Liesl Laurie has called it quits with Idols SA presenter Proverb, ending their three-year relationship. The breakup comes as a shock to all since they were rumoured to be planning their engagement.

According to sources, their love that started out as a house on fire was doused by differences of opinion.

Said one insider: “Liesl dumped Proverb. There are certain things they didn’t see eye-to-eye on, so that’s part of the reason they didn’t make it. Proverb was always prioritising his kids and Liesl didn’t have a problem with that until it came between their relationship. She felt like an outcast in her own relationship. Yes, she loved him and he loved her, but it wasn’t working for both of them.”

She allegedly wanted to be the one in his life, but he couldn’t risk that for his kids.

“Proverb’s kids are very important to him, so he doesn’t compromise when it comes to them and that he made very clear from the beginning. Liesl didn’t take that very well, so that’s part of the reason she chose to leave, but she loved him too much,” said the second source.

The former couple was never shy sharing their love in the open, but following their break-up, they deleted each other’s pictures from social media.

Sunday Sun reported that Liesl only left a few picture of her with Proverb, and since 6 May, no new pictures were posted. News of their split comes hardly a month after Proverb’s ex-wife Onalerona tied the knot with her new businessman husband.

When called for comment, Proverb said he was busy preparing for his show and we should call later, but he failed to respond to our calls, SMSes and WhatApp messages.

Two years ago, Sunday Sun reported how Proverb broke up with Onalerona after she allegedly cheated on him.