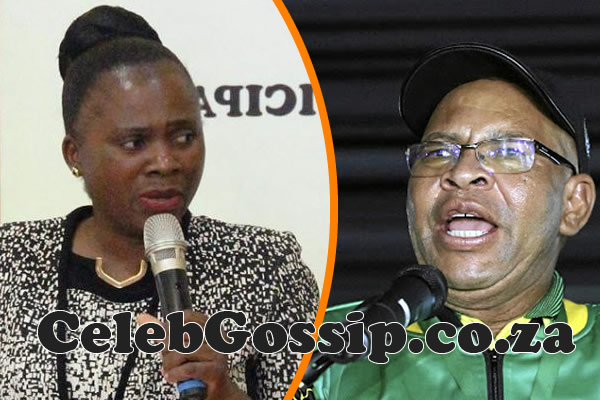 A voice recording said to be that of Limpopo premier Stan Mathabatha declaring love to his provincial deputy in the ANC, Florence Radzilani, was apparently played to congregants at a church where her husband is a pastor.

The recording which has since gone viral on social media has set tongues wagging among ANC members in the province.

In the recording Radzilani could be heard asking clarity from a man presumed to be the premier about his feelings towards her.

"To think about what you were telling me and just to understand because we have been together quite sometime. Just want to find out when did this thing start with you."

The person alleged to be Mathabatha replied: "For quite sometime, is just that I was trying and trying to suppress but I realised I can't continue like this. Why don't you take this thing out and let's see what will happen given a chance."

Radzilani then responded: "Mmmm, all that time I respect you as a family man and I'm also married to a pastor."

Mathabatha's office has dismissed the voice note as the work of an impersonator.

Kenny Mathivha, the premier's spokesperson, said apart from the premier, voices of other people had also been mimicked in other recordings.

Congregants at the Spirit of Ambassador Church, where Radzilani's husband Stanley Radzilani is a pastor, were made to listen to a recorded telephonic conversation.

Stanley Radzilani told Sowetan the voice recording was authentic and that he leaked it.

"It was between May and June when Limpopo premier [wooed] my wife. The reason I played the audio in church is because politicians are now attacking my church and are saying it benefited from VBS Mutual Bank scandal. I invited pastors from other churches to come and listen to premier who lacks morals and ethical leadership," he said.

The ANC Veterans League in Limpopo has previously accused his church of benefitting from VBS money.

Florence Radzilani, who is the mayor of Vhembe district, is implicated in the "Great Bank Heist" report which investigated the looting of nearly R2bn from VBS bank.

She is cited in the report as having asked for "a Christmas" via WhatsApp messages and texts she has since denied.

Her husband said his action was not a smear campaign against Mathabatha. "I had to save the image of my church which has about 5000 members and my family too.