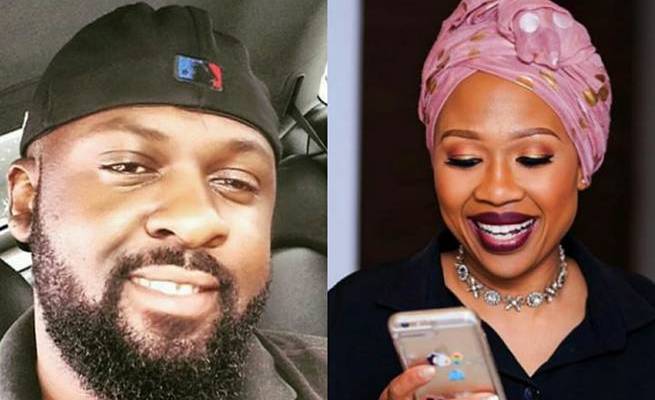 Cape Town – Lesego Moiloa better known by his stage name Blaklez was recently on a radio interview on Cape Talk where he discussed fatherhood, his new album, love and co-parenting with reality star Dineo Ranaka.

Blaklez had in the past opened up in an interview with Drum magazine following his break-up with Dineo after she allegedly accused him of being a bad father.

“She is literally trying to destroy me. It took me by surprise, why would she try to portray me as a cold bastard who doesn’t support his child?” said the rapper.

But it seems like the two have since put their differences aside to become better parents for their daughter Kopano and seem to be getting along.

During the radio interview with Cape Talk show host Sara-Jayne King, Blacklez focused mostly on his third album Baby Brother which he originally recorded in 2014 shortly after he lost his mother in 2013.

The Saka Nyuka rapper also spoke candidly about his daughter and why she was the best thing to ever happen to him: “She’s the most intelligent human being at that age for me,” said Blaklez describing his little girl.

When asked by the show host how his relationship was with Metro FM host Dineo Ranaka since their very public break-up in 2013, Blaklez responded with a swift: “They’re great – they’re great,” before proceeding to explain how he thought she is the most misunderstood person.

“I think she’s one of the most misunderstood human beings. I think people are starting to see her character because she’s one human being who cares so much about her surroundings," he said commending the mother of his five-year-old daughter.

“I think we connected at that level she cares about this country she cares about its people. She’s working on a lot of productions on TV which are her own and everything is built and based around human beings …and trying to improve people’s lives.”

According to the hip-hop artist their daughter was the reason why he and the Baby Mama’s actress decided to come to amicable terms.

“I think time is the most precious commodity. We just came to the realization that we created a beautiful life and if we continue on the path that we were on then we are pretty much setting her on that same path,” said Blaklez to which he added: “The path of bitterness, destruction and brokenness.”