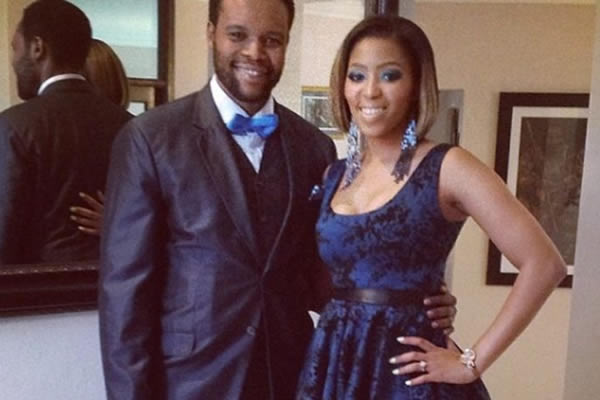 Tumisho Masha has revealed that he is set to face his ex-wife, Zozibini Mtongana in court this week in a custody battle over their three-year-old daughter

The actor who was acquitted of assault charges earlier this year has been embroiled in a nasty public split with Zozibini.

Taking to Instagram over the weekend, Tumisho shared the cutest video of his little girl and opened up about the battle ahead of him.

“I knew in life I’d face many battles but never did I imagine that one of my greatest battles would be to maintain contact with my child, my seed. This journey has been so difficult for me yet in the same breath so fulfilling because it’s afforded me these special moments with her which I cherish so much.”

Tumisho claimed that it has been a struggle just to be able spend special moments with his daughter.

The actor claims that, when he heads to court this week he will be fighting to create more special memories with his little girl

Tumisho asked fans to keep him in prayer and said he was grateful for the support he’s received so far.

“This fight for fatherhood has been worth every moment,” he added.

I knew in life I’d face MANY battles BUT never did I imagine that one of my GREATEST battles would be to maintain contact with my child, my seed. This journey has been SO DIFFICULT for me yet in the same breathe SO fulfilling because its afforded me these special moments with her which I cherish so much. This was another day of struggle just to be with her. In a few days i will be in court fighting for weekend sleepovers with you, for a Christmas with you, for public holidays with you, for family vacations with you, for school drop offs with you – just more time with you to create special memories and to train you up in the way you should go. Keep us in your prayers over the next few days for the battle is not ours it’s the Lords. Thank you to all who continue to show us love and support we need it and we appreciate it and we can’t do it alone. This fight for fatherhood has been worth every moment. #keepprayingforus #faith #hope #love #Godisincontrol (P.S she watching a video of herself doing the moves to the KeKe song – 😂🤷‍♀️)