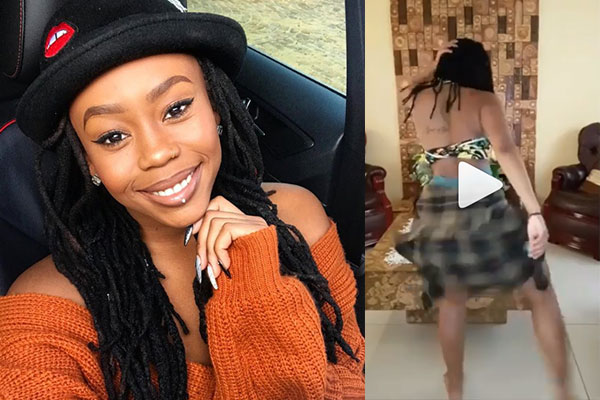 Bontle Modiselle reveals things we didn’t know about herself. I was recently afforded the opportunity to officially meet Bontle Modiselle to talk about how her journey in the limelight as a choreographer, actress, singer, television personality and now radio host – and although we see her dabbling in various platforms, she is adamant that her true essence is still in dance, and we sat down to talk about her journey.

For many people, discovering your true purpose and place in life comes at a later stage, but for Bontle Modiselle, the bug bit her at a tender age of just six-years-old and she has since engulfed herself in the idea of being in the entertainment industry.

Apart from popular opinion that Bontle Modiselle’s sister, Refilwe Modiselle, gave her the first bite of the entertainment industry, it was interesting to find out that she rendered every skill and gift she has from her mother, and that her late father – who was a model – had a great impact on the person we’ve grown to love today.


“When I had the idea of wanting to be in the entertainment industry, the first people that introduced that thought to me was Boomshaka. Before my dad passed on – which was in 1997- I think one of the greatest gifts he ever gave me was a Boomshaka cassette, I loved them, I admired them.

Taking her first steps into the entertainment industry at the age of 16, Modiselle involved herself with dance orientated activities at school with any given chance that she got.

Bontle Modiselle later went on to study at the University of Johannesburg and did promotional work simultaneously and later obtained her degree in corporate communications, but after trying her hand in the corporate space for three months, she came to the realization that her place in the entertainment space would no longer require her to ever be in the office.

“She gave me all the advice in the world, from how to conduct myself, the types of relationships I should look out for, the ones I should avoid, the ones I need to establish…and that you’re going to have to work, there’s no level of entitlement anywhere…nothing is owed to you…don’t chase fame…conversations about guys…my own sister was very open with me, very open and honest…she was a major tool in how I developed myself…I’ve never had a manager, I’ve managed my business myself,”

Becoming a sought-after brand in the industry, Refilwe’s advice to Bontle came in handy during her journey as she was put in a position to have to refuse an acting role offered off the cuff.

“I’m a very observant person, so if anything, I’d encourage especially someone who is new in the industry to be very observant, do a lot less talking, and do a lot more watching, observe your space, observe the people around you, observe behaviour, gage energy…in the entertainment industry, there’s a lot that happens quite fluidly, it happens off the cuff, it’s quite an informal industry…the casting couch is a very real thing…”

Bontle Modiselle’s fast-growing glow in entertainment has not only made her one of the most sought-after talents in Mzansi but also birthed her own dance production company called Bontle Ba Afrika, dedicating her dance talent to teaching renowned personalities and aspiring dancers and has been gradually unveiling her hidden talents.

Earlier this year, Bontle revealed her mellifluous vocal cords featuring on her boyfriends’ latest musical contribution, Egypt, where we hear the media personality on track one of his album, and just as her fans are left in awe of her unveiling, her family were also shocked to find out that she could sing.

“The singing I didn’t want to pursue because I felt that was my older sisters’ avenue…I didn’t think I had the ability that was good enough to even pursue it that way…I’m enough to sing in the shower…I think my sisters only learnt that I could sing this year…Candice [her younger sister] maybe would argue differently because we’d sing together, but very playfully, nothing serious as we were growing up…my older sister Refilwe…caught her completely off guard…my mom…caught her completely off guard…

The first time they found out was on Priddy’s Egypt album, that’s when they heard it for the first time, and they heard me on track one…on the song that Priddy and I had together…he always knew but I hid it away, I was too shy to explore it, but he encouraged me for the longest time…”

Although knowing that her true essence and confidence lied within dance, the people that she had exposed herself to saw something beyond just her dance moves, affording her the opportunity to go to auditions and casually convince the casting agents that she was fit to be a bigger brand, landing her work with SABC 2’s Showville and later on etv’s biggest music shows, Club 808.

Bontle Modiselle is going against the status quo and she has become a living testimony for her and her fans that look up to her, the media personality now flips into another chapter in the entertainment industry as a radio personality on YFM with Scoop Makhatini.

“Scoop contacted me months ago…he’s like: ‘Yo, I’m going back into radio and I’m looking for a co-host and I really think you’d be her’…it baffled my mind because I grew up watching Scoop, well respected, deeply skilled, incredible mind, spirit and energy…so the conversation started months ago…and then a month ago was really when…really giving life to this idea…it was really thanks to a phone call from Scoop, and now we’re here, I’m on radio and it’s mind blowing…”