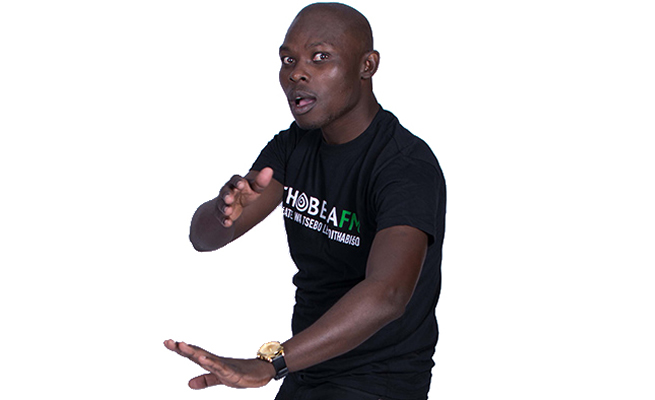 SABC radio presenter Khutso Chuene (37) was attacked and shot with a gun outside a shopping centre in Matabane next to a taxi rank on October 9 at around 8pm.

According to his best friend, Charles Shai, Chuene was from visiting his sister in the area when he parked his vehicle next to the shops to buy juice and snacks.

The Thobela FM presenter wo suffered a serious gunshot wound, told his best friend he was shot after he bought the snacks in one of the shops around Matabane.

It is believed two unknown African men had entered the same shop where the presenter was purchasing the items.

It is further claimed they followed him to his car and shot him through his car window.

“He was shot in his right arm and the bullet passed into his chest. He is currently being taken care of by doctors in hospital. The two men demanded his cellphone and money. Chuene gave them the money and cellphone. Fortunately, he had another cellphone that he used to contact me for help. I urgently drove to his designation and found him, bleeding heavily from his arm,” explained Shai.

He said he rushed the radio presenter to the nearest emergency services for treatment in Ivory Park, next to the police station.

“It’s alleged the victim came from the shop and got into his silver Hyundai with Limpopo registration number when he was attacked by two African males. One was armed with a firearm. The suspect shot him in the right arm and his cellphone was taken from him. He was rushed to hospital. Tembisa South police are investigating a case of attempted murder at this stage and is appealing to anyone with information that can assist with the arrest of the suspects to come forward,” said Sekgobela.