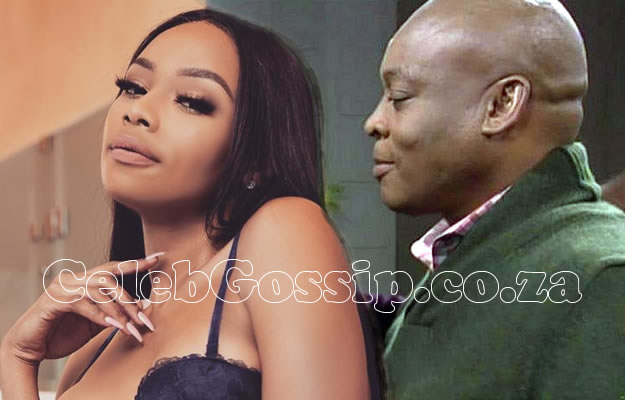 IF there is an institution that is a thorn in the flesh of celebrities, it is definitely the South African Revenue Service (SARS). The taxman wastes no time in calling out those famous faces that often owe huge amounts of money while living flamboyant lives. Not paying tax, especially as a celebrity, can be embarrassing but will they ever learn?

Rapulana Seiphemo, who plays Tau on SABC1’s Generations – The Legacy, is the latest celebrity to be nabbed by the law. He appeared in court recently for owing the taxman for years now. National Prosecuting Authority (NPA) spokesperson, Phindi Mjonondwane, confirms that the soapie star faces five counts of contravening tax laws because he failed to submit his personal income tax returns.

According to the NPA, Rapulana initially owed over R48 000. However, this has accumulated and he now owes about R160 000. Rapulana has been on television for years and has also starred in big South African films. It is not known why he defaulted all these years. His case has since been postponed to a later date.

Teko Modise, who has been hailed as one of the highest-paid soccer players in the country, has also been in trouble recently. He was ousted as one of the taxpayers convicted for failing to submit their outstanding tax returns. All of the offenders were fined and now have criminal records. In a separate report relating to the highest-paid soccer players in 2018, it was recently reported that he earns a salary of R450 000 per month at Cape Town City United.

Extravagant media personality, Somizi Mhlongo, made a revelation in his memoir Dominoes: Unbreakable Spirit. In his book published last year, the Idols judge mentions how devastated he was to learn that he owed SARS R3.4 million. This is debt he was made aware of in 2009.

“They were going to take my car. I told them the car wasn’t mine. They forced me to sell my house. I tried to stall that and find ways of getting out of the mess without losing my house. It was tough,” Somizi says in the book.

It didn’t end there. Earlier in the year, he was said to owe the taxman millions again. His personal belongings – including 83 pairs of sunglasses and 15 luxury brand bags – were confiscated.

Former Generations actress, who is now on SABC3 soapie Isidingo, Katlego Danke also appeared in court in August for allegedly not submitting her tax returns from 2012 and 2017.

But who would have thought that Queen B of the South African entertainment, Bonang Matheba, could be on the list of non-payers? Although the NPA confirmed their investigation, these reports did not please the ‘queen’. She threatened to sue a Sunday newspaper which exposed her contravention. But the newspaper stuck to its story and indeed, Bonang was summoned to appear in court.

Tax evasion is a criminal offence and can result in serious consequences in the court of law.

Over the years, we have seen favoured South African celebrities who have tried to play hide and seek with the law, being publicly humiliated for not paying up.

Phindi explains that in terms of Section 234(d) of the Tax Administration Act, Act No. 28 of 2011, every registered tax payer must submit tax returns annually to SARS. Explaining the latest situation with Bonang, she says, “Ms Matheba and her company are registered for income tax and as such, are required to annually submit their tax returns. Ms Matheba and her company have failed to comply with the said legislation ever since registration as tax payers. They did not submit any tax returns (meaning they have never paid any tax to SARS).”

Phindi adds that the penalty provisions for none compliance with this legislation is a fine or imprisonment for a period not exceeding two years.

“This provision applies per count, meaning that since Bonang is charged with 11 counts, there is a possibility of a fine or two years imprisonment with every count she is charged with. On the other hand, since the company is a juristic person, it cannot be sentenced to imprisonment but only to a fine,” she says.

WHY ARE CELEBRITIES NOT COMPLIANT?

All these celebrities mentioned dabble in different spaces. Some have more money and endorsement deals than others but the fact remains that they are celebrities who are expected to be able to pay their dues.

According to a celebrity and talent manager, who does not want to be named, celebville is a tricky business that requires way more than just looking the part and living large. From his experience with working with celebrities, there is a range of reasons that get celebrities in trouble with the taxman.

“It is a culmination of ignorance and lack of knowledge that results in this.

Sometimes, it is simply because they think they can duck and dive,” the celebrity and talent manager says.

The reality is that being a celebrity requires money and it is costly. “Contrary to what people may think, celebrities don’t always get paid. Others go for months without any payment but they have to keep making appearances and looking the part,” he says.

In some instances, it isn’t that they can’t afford to pay, but rather it is the sneakiness in thinking that they can get away with it.

“The entertainment industry is quite an informal environment. There isn’t enough education around issues of tax and this becomes a problem for many other celebrities who have actually not been investigated as yet. Think of it this way, see how people are supposed to pay their TV licences but they don’t. That mentality of, ‘oh well, everyone else is not paying so why must I?’ is a huge problem,” he says.