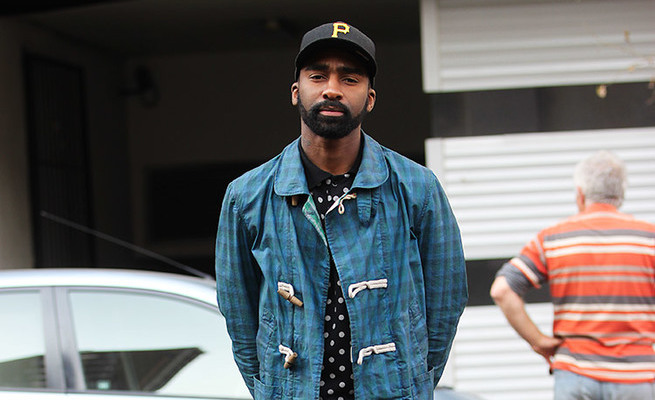 Riky Rick has snapped back at a tweep for calling him gay.

The rapper had shared a photo of a male model wearing an outfit that he admired which is what caught the troll’s attention.

Riky has previously been in a similar situation after he appeared in a magazine.

Riky Rick clearly has no time for haters especially after a tweep called him gay after he posted a picture of a male model.

The hip hop artist is known for his love of fashion, but he did not take lightly to a tweep’s homophobic comment on a picture he tweeted from a recent runway show.

In the caption, Riky mentioned that the model and the outfit he was wearing was beautiful, to which the tweep soon replied.

The ‘Boss Zonke’ hit-maker clapped back at the troll by telling him to grow up, otherwise he is going to find himself alone.

Calling a guy beautiful is gay???? GROW UP!!!! QUICKLY TOO!!!! The world is gonna leave you behind. https://t.co/KkJrpVf2oz

However, it didn’t stop there. The troll later responded to him, claiming that hip-hop had left Riky Rick behind, but by this time, the muso had moved on.

Calling a guy beautiful is gay???? GROW UP!!!! QUICKLY TOO!!!! The world is gonna leave you behind. https://t.co/KkJrpVf2oz

This isn’t the first time that Riky has had to fight back at tweeps’ homophobic comments.

He was put in a similar situation after he did a photo shoot for Destiny Man which created quite a stir on social media.

According to TimesLIVE, Riky came under fire for wearing a traditional African outfit.

The rapper slammed haters for calling him gay for wearing an outfit that has a lot of meaning in African cultures and he was saddened to see that people were becoming ashamed of wearing their traditional clothing.

Riky blamed this attitude ion ignorance because he knows that many people are aware of the dress and its symbolism, so they had no reason fire shots at him.