Home Celeb Gossip Lira is just not there yet and she is not even planning... 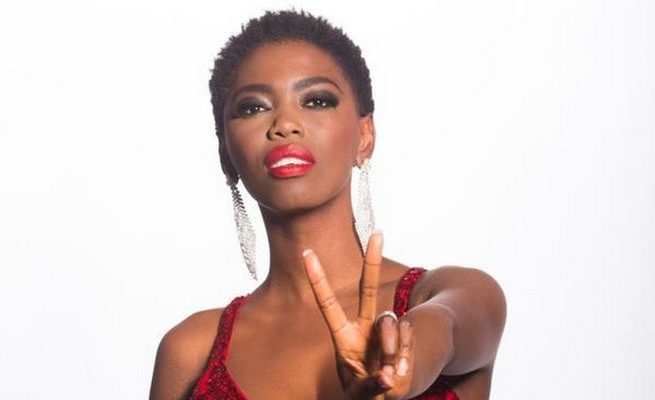 Wow! Is it just us or is everyone having a baby in Mzansi? And, by ‘everyone’ we mean celebrities.

Just last week, Luthando “Lootlove” Shosha announced that she’s carrying twins. So cute! And just as we were celebrating her amazing news, we learned that Khabonina Qhubeka was not only pregnant, but she had already given birth to a baby girl. Yho! Now she knows how to keep a secret.

However, some people are not even thinking about having children. Award-winning South African singer Lira has once again revealed that she’s not planning on having kids. The musician, who is currently working on her new album, did one of those Instagram Q&As on Monday evening. Fans asked quite a few questions including which book changed her life, how she fought to keep her passion for music alive and where she sees herself in 40 years.

Another question that came up was whether she was planning to have kids or not. The songstress replied: “Planning? No, it’s not in the plans.” 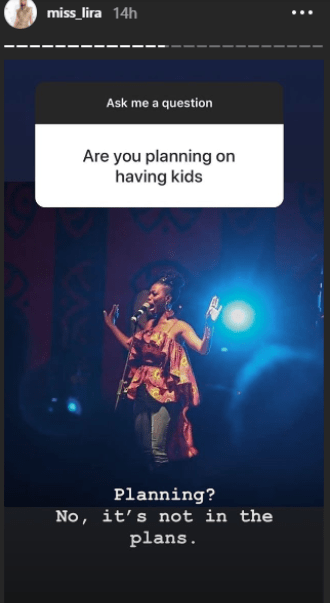 This is not the first time Lira has addressed this question. In an interview with Gareth Cliff on CliffCentral back in 2016, Lira said she and her husband Robin Kohl were content with not having children.

"We love what we do and it takes up so much of our time, and I guess when you want kids it's because, I guess, you're ready for it. You feel like you're at a time in your life where you can accommodate kids.

"And I don't see that we are in that space. I picked up when we plan at the beginning of the year, we're all excited like 'yeah, this is what we're gonna do'. Kids don't even come up like it just does not come up,” she told the radio host.