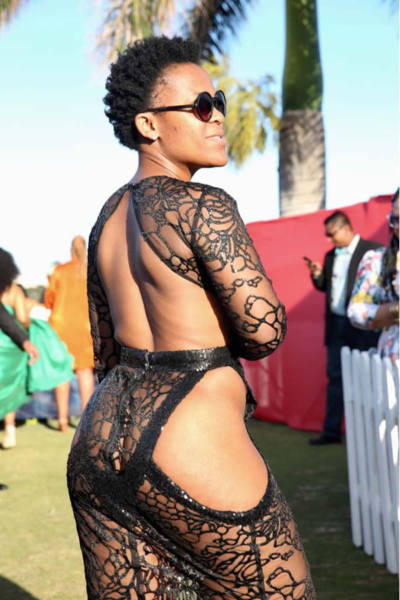 Amanda Swartbooi has been heating up music videos and Mzansi's finest hotspots with her saucy dance moves, but OG Zodwa Wabantu says she ain't about to replace her on the scene.

The dancer and socialite, who first shot to fame for going topless and pulling some really racy moves on JR's 4Four music video has been shaking her booty at clubs and making her admirers sweat.

I had so much fun @onyx_sandton .. if you werenâ€™t there you missed out .. again happy birthday @onyx_sandton

In fact, Amanda's moves have even seen her being compared to dancer Zodwa Wabantu. Especially since she shares Zodwa's love of showing serious skin while she dances.

Zodwa said she had no problem with Amanda but baby girl needs to wise up and get working if she wants to take her crown.

"Every girl has to do what they have to do, but if she wants to replace me she has to work hard. Everyone can talk but they must show they are making money."

She said that "everyone has an ass" and is free to dance but only those with "brains" could make it into a career like she had.

"If she can go to Dubai, America, Australia, London twice, then we will see. Everyone likes to talk before they do."

She said she was flattered by those who were hitting moves like her.

"If she is copying me then I am her role model. That is it!"