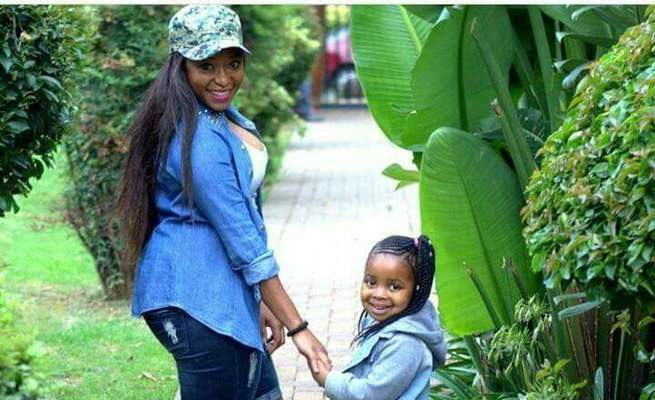 With the scourge of child abuse and sexual assault in Mzansi at the moment Skeem Saam actress Pebetse Nolo Matlaila has told TshisaLIVE that she is even contemplating home schooling her child to protect her.

The star, famous for her role as Mokgadi Matloga on the popular SABC 1 soapie said she was gatvol of always looking over her shoulder fearing the worst and wanted to fight back.

"The one thing that keeps me up at night is the safety of children, especially the girl child. I don't even know what to do. We live in fear because our children's lives are ruined before they even start. I am even scared to send my child to school. I'm contemplating home schooling her. You don't even know if they are safe when they are not in your sight.

"I want those who abuse children to have such harsh sentences that it sends a message to others and really shocks them. I want them to know that what they are doing is ruining a young life and the effects are not only felt by the child but by those around them."

Pebetse spent much of her early adulthood teaching children in Sunday school and as an au pair in America for several years.

She said that these experiences helped lay down the importance of family.

"I think a lot of people believe that I am a lot like Mokgadi but I am very family orientated. It is the most important thing to me," she added.

Pebetse's comments comes just days after a man accused of raping a seven-year-old girl in the bathroom of a Dros restaurant in Pretoria appeared in court. The case has sparked nationwide outrage.

Rapper AKA gave his thoughts on the matter and said as a father he found it "heartbreaking and scary".

"I fear for my own daughter’s safety and what kind of world she has to grown up in. It’s so messed up man. So so messed up," he added.