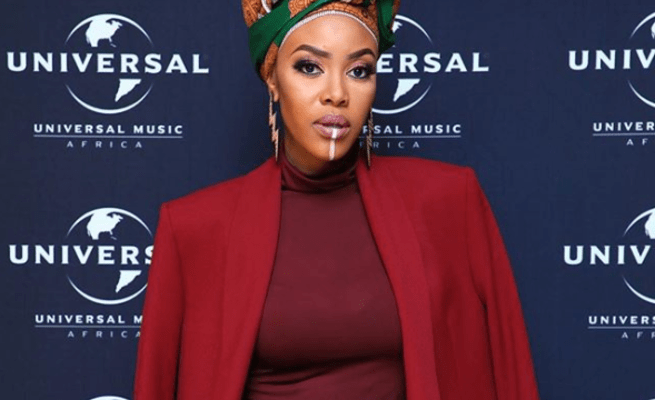 Luthando ‘Lootlove’ Shosha brought Twitter to a standstill yesterday afternoon after announcing that she is expecting two bundles of joy. One could feel her excitement and pride when reading her long heartfelt post on Instagram.

This was the first shot we took on set with the Dream Team, it was a test shot but I loved it so much for obvs reasons. Also. I’m mad mushy cause it’s me and my bestie… she’s been riding with me for the longest time and has been an incredible support system in the last couple of months, hell since we started being friends & now she gets to be a cool Aunty too. Maaaan, God knows exactly what he’s doing & places the most phenomenal people in your life around you to walk with you in this journey of life. My friends have been so wonderful, warm, supportive, happy and just damn excited. I love you all for making this so much easier! OMG! Ima be a MOM! 😆🤣😰😭🙈 📸: @aust_malema : @pixelkollective 💃🏾: @siya_weloveher 💋: @preciousxabamakeup

The streets of Twitter were lit as the media personality trended yesterday afternoon. Following the news of Lootlove’s pregnancy announcement, one could not simply ignore various celebrities who also joined in the fray by congratulating both Lootlove and rapper, Reason, who is also the father of the babies.

Here are the few reactions from our celebrities.

Congratulations on the blessing of your twins fam!! 👶🏽👶🏽