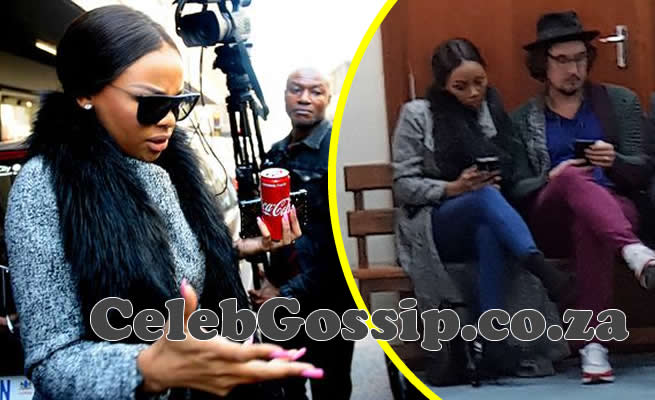 TV personality and businesswoman Bonang Matheba was cool‚ calm and collected when she appeared at the Specialised Commercial Crimes Court on charges of tax fraud on Thursday morning.

The tax evasion case brought against media personality Bonang Matheba has been postponed until November 14 for her legal representatives to make further submissions.


The 31-year-old made an appearance at the Specialised Crimes Court in Johannesburg on Thursday morning after missing her previous appearance, as she was out of the country.

She faces a total of 15 counts of contravening the tax laws of South Africa, after failing to submit her income tax returns from 2007 until 2017, and outstanding company tax from 2014 to 2017.

The National Prosecuting Authority (NPA) has asserted that charging Bonang Matheba for over a dozen counts of tax evasion is a signal to other dodgers that non-compliance will not be tolerated.

"Everyone has a responsibility to pay their dues," she said outside court. "The tax revenues is used to cater for South Africans who cannot afford. So it is very important for each and every South African to play a role in promoting a healthy revenue that will in turn assist others."

Dressed in a grey coat and black shawl, the media personality arrived early at court after a warrant was issued, having missed her last court appearance on September 27.

The warrant has now been cancelled.

She also tried to evade the media after her appearance, but was instructed to leave through the same entrance that she came in through.

"As we have previously alluded as the NPA, no one will receive preferential treatment," Louw Mjonondwane said about Matheba's foiled exit plan.

"No one is above the law. Each and every citizen will be treated equally, hence we instituted that she exit the same way she came in."

Chaos erupted outside the court room as Bonang’s management blocked journalists from taking pictures or speaking to the star.

She was whisked out through another exit as another was held shut in journalists’ faces.

Bonang arrived at the court straight off a flight from New York. She jetted off to the States last week where she led a discussion at the United Nations General Assembly.

Bonang’s management‚ Celebrity Services Africa (CSA) told TshisaLIVE that as much as they were surprised by the situation‚ she would comply with Sars and allow the law to take its course.

“The recent enquiry came as a surprise to Ms Matheba‚ nonetheless Ms Matheba has full respect and will comply with Sars‚ the South African legal system and processes‚” her manager Davin Phillips said.

Davin added that the star had also hired a new audit team to work with Sars in an attempt to sort out her issues with the taxman.