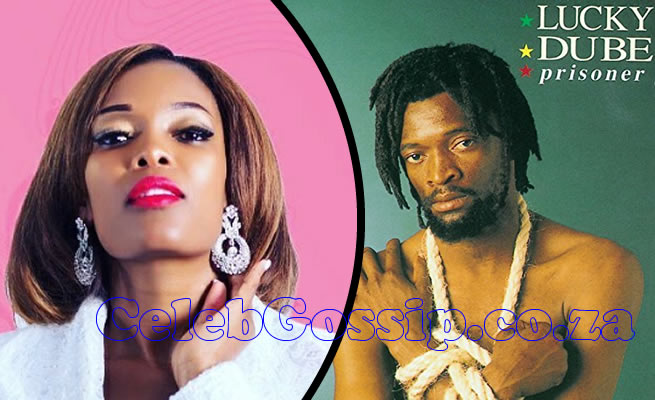 According to Isolezwe, the singer got electrocuted on stage during a performance in Durban. It’s reported that the singer’s leg and left arm got seriously injured during the performance.

Daughter to the late Lucky Dube and a singer who was responsible for giving us hit songs like Ngifuna Wena and Go Around almost lost her life this past weekend.

“As I was about to sing on stage I unfortunately then stepped on one of the electric chords which was not properly wrapped. It felt like someone had hit me with a knopkierie, everything went blank afterwards.” She told the publication.

After seeing what had happened to her, her manager quickly got a hold of her husband who’s a Dr who then came to her rescue to assist his injured wife.

The singer is said to be recovering as she’s removed the band-aids on her arm and leg. However, it is still difficult for her to walk or even drive.

Bongi also told Isolezwe that she would not be revealing what event it was where she was performing at as it’s still difficult to talk about it and brings back a lot of pain.

We hope the singer regains her strength and has a speedy recovery.