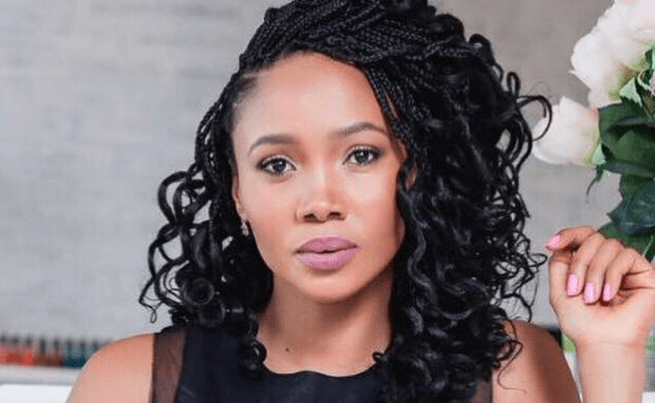 It is no secret that the SABC’s purse is empty. But now the public broadcaster’s money troubles are rumoured to be behind the canning of one of Mzansi’s favourite talk-shows, allegedly leaving Azania Mosaka without a job!

Sunday Sun sources claim the cash-strapped broadcaster is going back to the drawing board to come up with something fresh – allegedly leaving the talk show Real Talk, hosted by Azania, behind.

Sources say apart from the financial issues, ratings for the flagship SABC3 show have also fallen after Anele Mdoda’s abrupt departure. An insider who’s part of the crew said the drop in viewers had caused sponsors to take their money elsewhere.

“The show has been having problems since Anele left. Viewership has dropped and sponsors have pulled out as a result of the drop in ratings. The channel is now scrambling to come up with new content to replace it,” said the mole.

The SABC allegedly didn’t have any real talk with the producer or crew about the show’s demise, and if it hadn’t been for office gossip, they’d still be in the dark.

Said another source: “The SABC did not communicate it to the producer that the show would come to an end. They also heard via the grapevine. They were completely clueless about the canning of the show. They just heard rumours.”

Real Talk executive producer Janez Vermeiren said: “Nothing was communicated to us by the SABC. There was no formal communication whatsoever. Yes, we’re aware of the SABC’s financial woes, but nothing was said to us about the cancellation of Real Talk. I’m afraid I can’t tell you anything further, other than the fact that we were not informed of the decision to cancel the show.”

But according to SABC spokesperson Neo Momodu, there’s nothing suspicious going on.

Said Momodu: “The SABC TV division is currently in its annual strategic review and planning cycle, while there may be a myriad ideas and proposals on the table for all programming based on their current and future expected performance. The strategies are currently undergoing internal approval processes.”

When called for comment, Azania said: “It’s best to speak to the SABC about the finer details. I don’t know anything about the details.”

She said she was just there as a presenter of the show for the rest of the season.

“I don’t know what agreements they have in place with regards to the future of the show,” she said.