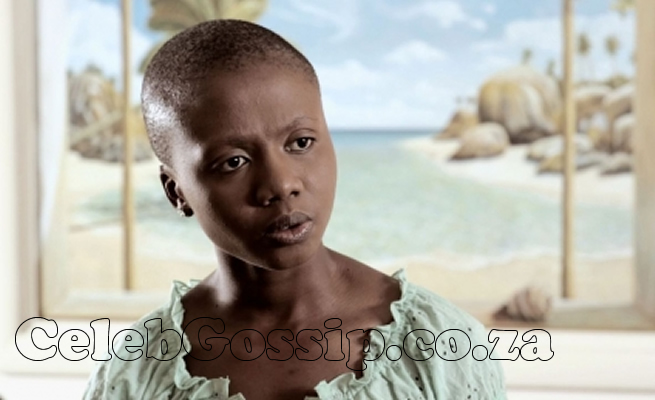 Safta award-winning actress Shoki Mokgapa known for her role on TV shows such as Intersexions, Ashes to Ashes and The Lab has died.

News of award-winning actress Shoki Mokgapa's sudden death has invoked shock and sadness among colleagues and fans on social media.

However, sources within the entertainmnt industry including one former Ashes to Ashes cast member told celebgossip.co.za that Shoki was suffering from (illness withheld).

Nashoda said the actress died on Tuesday night and that they were on their way to her family. She said as Shoki's management company they were shocked by her death.

"She was such a professional and such an amazing performer. The scenes that are currently on The Docket were such a pleasure to shoot because she was also such a sweetheart. She was really talented and who knows what more she could have done and we are saddened by the news of her death."

The 34-year-old made her TV debut in the second season of the SABC 3 drama series The Lab in 2008 as a personal assistant.

She won a Safta last year for Best Actress in a Feature Film for her role in the drama film SINK.

Other notable film roles include appearances in the Mandela: Long Walk to Freedom and Nothing for Mahala.

Details surrounding her death have not yet been released at this stage.

Ever since news of Shoki's death was confirmed social media has been flooded with tributes in her honour.

We are saddened to hear of the passing of award winning actress Shoki Mokgapa. May you rest in eternal peace 🙏🙏 #RIPShokiMokgapa pic.twitter.com/ISWDsTBTGz

You were made of stars sweet @ShokiMokgapa Rest peacefully, be free 😭 https://t.co/gccbDKG1wk

Go well @ShokiMokgapa You live on in our hearts, our minds and our movies. 🙏🏼 #RIP @sinkmovie @kykNETtv

Oh my gosh… Shoki Mokgapa💔💔💔 She was so talented and still so young 😩 pic.twitter.com/PhXTZjOTY3

We are saddened to hear of the passing of award winning actress Shoki Mokgapa. May you rest in eternal peace 🙏🙏 #RIPShokiMokgapa pic.twitter.com/ISWDsTBTGz

@SAGActors is shocked at the loss of @ShokiMokgapa. This talented award winning actress will be sorely missed in the acting community. Condolences to her family, a tragedy indeed when such a light is lost. pic.twitter.com/1GuqWdJ4Md

South Africa has lost another Award Winning Actress again Shoki Mokgapa Rest in Peace my sister. Your talent was on another level. 💔💔💔💔💔 pic.twitter.com/luJNIG1WSS

This is devastating news 😔