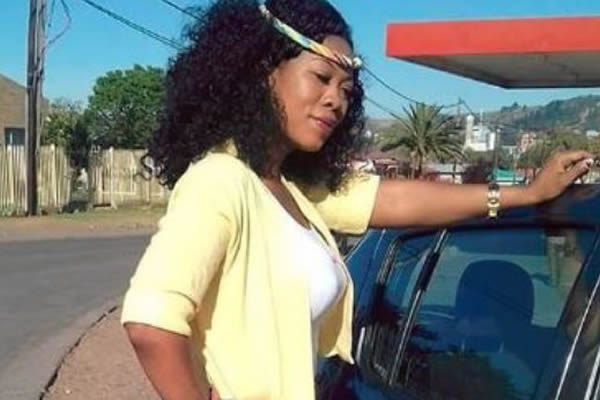 Socialite Skolopad has revealed to DRUM that she survived a horrific car accident recently.

The controversial musician explained that she lost control of her car while driving to Qwa-Qwa.

“I was with my daughter and two other people in the car. Both my legs were injured, and my car is beyond repair,” she said.

According to a source at Mediclinic Hoogland in Bethlehem, Skolopad, real name Nonhlanhla Qwabe, was admitted to the hospital on Saturday after the accident.

“I was in ICU but I was moved to a normal ward on Monday,” Skolopad told DRUM.

“My fiancé has come to see me. He joked that this accident has scarred my beautiful legs because I have an open wound on my left leg.”

But she is glad that her and her daughter’s lives were spared.

The up-and-coming musician has had a tumultuous year, thus far.

In June she was carried out of the South African Music Awards ceremony at Sun City after she fainted due to exhaustion.

Again, last month, she was rushed to hospital when she allegedly overdosed on anti-anxiety pills but she told The Juice that the incident was not a suicide attempt.

ALSO READ: Latest on Skolopad's new boyfriend: She is dating a married man, they only met 6 times!