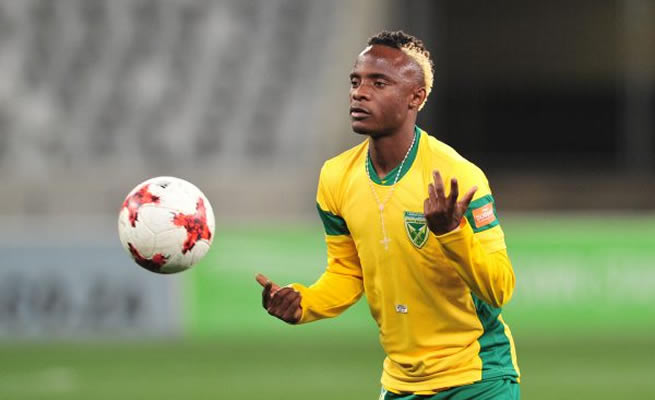 The former Golden Arrows star is set to tie the knot with his longtime girlfriend, Maro Tatenda. Sunday Sun reported that the Bucs star sent a delegation to his sweetheart’s home in Bulawayo, Zimbabwe for ilobolo negotiations last week.

Mahachi, who moved from Durban to Joburg as he signed to Bucs recently, hasn’t been getting game time due to a personal engagement back in his home town.


Sources close to the speedy player say he has turned over a new leaf, as he has dropped his bad boy antics of dating multiple women since he started dating Maro.

One source said: “I think the bad boy image had to do with the saying ‘Jimmy comes to Joburg’, you know these boys get blown away by the big city and women, but I’m glad Maro managed to clip his wings and let him focus on her and his career.”

Another source said: “The negotiations went well between the two families. The white wedding is scheduled to take place next year around his off season in June.”

The pair didn’t waste time in making things official, as they flashed their engagement on social pages.

Speaking for the couple, Mahachi confirmed he’s getting married to Maro. “I’m excited about the big step in my life. I can say both of us are happy,” he added.