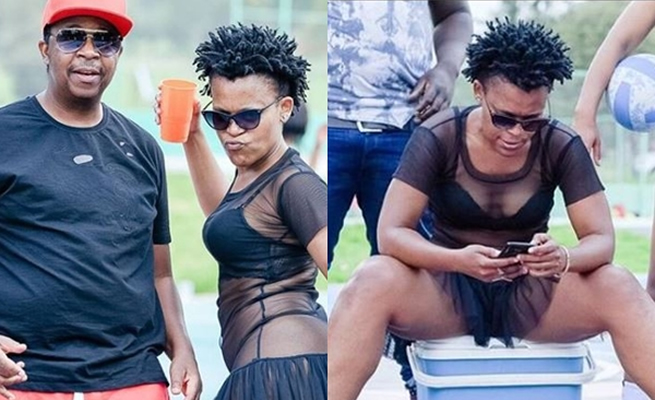 Controversial social butterfly and club dancer Zodwa Wabantu is on the cusp of making a big breakthrough in her fight for a piece of the TV industry’s economic pie.

Sunday World can exclusively reveal that Zodwa, real name Zodwa Libram, has signed a reality TV show deal that will see her pocketing no less than a cool R1m.

Called Emdeni KaZodwa, the 13-episode show will be aired on DStv’s new channel, Moja Love. The show, which has been shrouded in secrecy, is being produced by former Generations actress Palesa Madisakwane, through her production company Thabomo.

Zodwa, who sparks controversy when she dances without wearing panties, confirmed that she will cut her teeth in the TV orbit with her reality show but said the cameras will only start rolling once she has been paid half of the amount she has charged.

“It’s going to be 13 episodes. But I won’t shoot a single episode unless half of the amount has been paid into my account. I cannot put my private life out there for nothing.

Asked to confirm the figures, Zodwa giggled: “I’m not gonna confirm or deny that. That’s confidential information between me and the producers of the show.”

Madisakwane said: “My involvement in this project is for script writing. There are guys who will be filming her. The shooting will start in Dubai where she has a gig this weekend. We will then do more shooting in Soweto, where she comes from.”

She said the reality show will, among others, chronicle the story of Zodwa and her Ben 10 boyfriend, her previous relationships – including that with Khanyi Mbau’s ex-husband Mandla Mthembu – and how she lost her mother while she was still young.

“I have nothing to say on that except to say she is going to revolutionise the reality TV world,” she said.

Moja Love head of marketing and PR Lindiwe Mbonambi said she was unable to comment as the deal between the channel and the producers has not been finalised as yet.