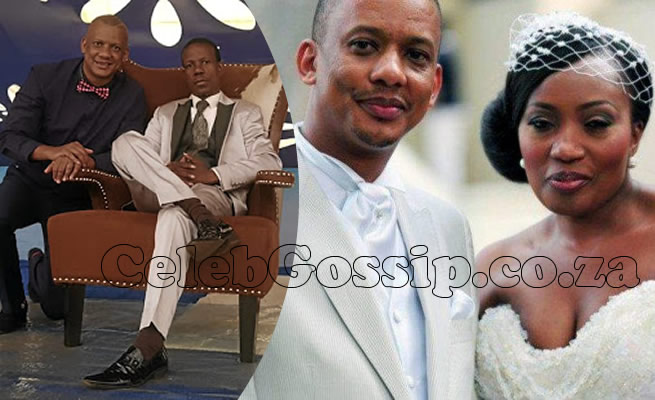 Harrington, who is the leader of Church on the Move in Siyabuswa, Mpumalanga, joined Mboro’s church in Katlehong on the East Rand last week.

The articulate man of the cloth, who attended Mboro’s church services last Sunday, will be officially introduced to the prophet’s congregants and council today.

Harrington, whose marriage to Ndaba was short-lived after acrimonious tiffs, confirmed that he has joined Mboro’s church.

“I started communicating with prophet Motsoeneng on August 23 after struggling for a while to get his contact details. I took a decision to join him after I was privileged to visit him in his home and church from September 6 to 8, during which I was amazed by his humility, hospitality and most of all, his love for God’s people. Also, I decided to join him because we had been seeking for an Apostolic Father in South Africa that could be our spiritual covering. When I met the prophet and interacted with him, I knew that God had answered our prayers,” he said.

Harrington further said he was encouraged by Mboro’s philanthropic spirit.

“He has 36 years of ministry experience … I don’t know any other man of God who has built 22 houses for the homeless and poor, given towards the burials When I met the prophet and interacted with him, I knew God had answered us of bereaved families who couldn’t afford decent funerals, including donating to families that lost their loved ones in the tragic accident in the SCOAN in Nigeria. I’m ecstatic about being given the opportunity of serving under the leadership and mentorship of God’s anointed prophet. I believe that this is going to be a turn around for the better for my family and ministry, as we will also be learning a lot," he said.

He confirmed that his church in Mpumalanga will now submit under him and Mboro.

“Our church in Mpumalanga and all its branches, together with all those pastors who are submitting under us, will continue functioning and I’m glad that God has provided a covering for us all, under the ministry of a great man of integrity and stability …” he said.

Mboro said he was pleased and honoured to be joined by a bishop of Harrington’s calibre.

“I feel very honoured by his decision to join my church and submit under me,” he said.