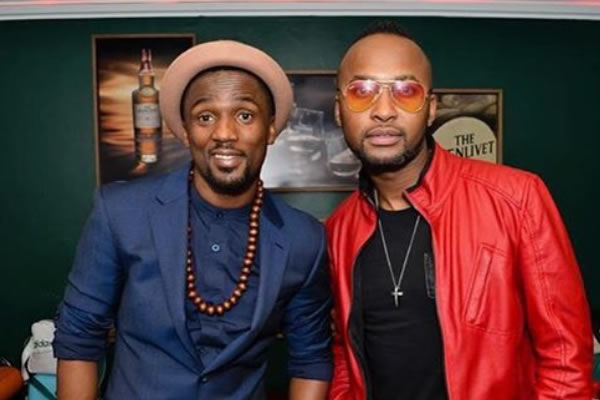 THEIR bromance was once the envy of the music industry, and they even recorded two hit songs together. The word on the street is that Afro-pop stars Vusi Nova and Nathi Mankayi are not on speaking terms anymore.

According to sources close to the two artistes, their feud has now reached boiling point. The insiders revealed dramatic details of the stars’ ongoing feud, which has resulted in them not talking to each other.

One insider said: “They no longer get along ever since Nathi left Muthaland Entertainment. I think it could be because Nathi is jealous of Vusi’s success because the tension started after the release of Vusi’s album Naninina, which did very well.”

Another insider said when Vusi released his album, it was agreed that Nathi would delay his, so the label could push Vusi’s album first, but Nathi broke that agreement when he saw the album doing well.

A third source said: “It’s bad. They are behaving like divas.”

Vusi said: “I don’t have a problem with him and I’ve asked him on several occasions what the problem is. I noticed when we were at a gig in Port Elizabeth recently, when I bumped into him at the bathroom he didn’t greet me. I saw him again a couple of days ago and he still didn’t greet me.”

Nathi could not be reached for comment, but his manager China Mpololo said: “In Port Elizabeth, Nathi confronted someone that works at Muthaland and asked him why he was spreading lies about him. He did greet Vusi, he doesn’t have a problem with him at all. Nathi is not scared of Vusi, because he would have called him to sort it out.”

But Vusi disputed this, saying China was lying.

“Nathi and I don’t talk at all. Whenever I see Nathi, I will f**king confront him about his lies,” he said.

Vusi added that Nathi called him from a private number and told him nisezonya, and that sparked a scuffle between them.