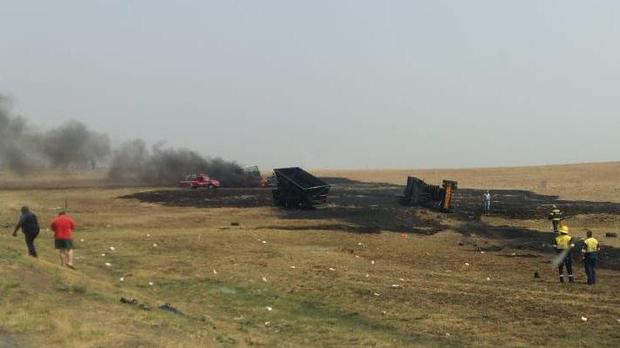 Six people were killed, including a baby, when a coal truck and a light motor vehicle collided on the R546 Standerton Road between Evander and Embalenhle in Mpumalanga on Saturday afternoon, paramedics said.

"When ER24 paramedics arrived at the scene, they found the truck and the vehicle off the road. Part of the truck was still on fire," ER24 spokeswoman, Ineke van Huyssteen said on Saturday.

"Upon further assessment, paramedics found a baby and four adults outside of the vehicle. One other person was still trapped in the vehicle. Unfortunately, there was nothing paramedics could do for them and they were declared dead at the scene."

The truck driver sustained no injuries.

“The exact circumstances surrounding the incident were not known to our paramedics‚ but police were on the scene for further investigations‚” Van Huyssteen said.