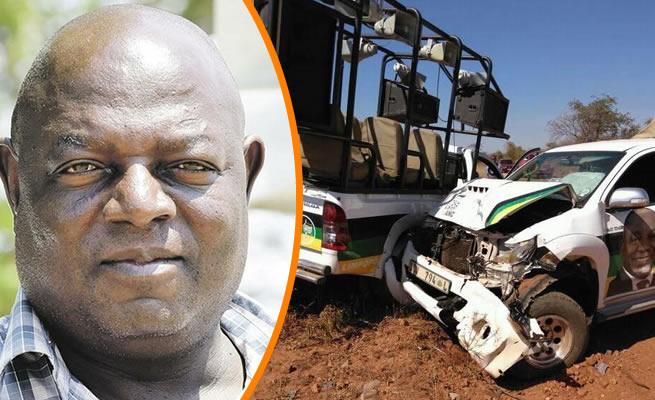 KWASA KWASA king Malo A Botsheba is pleading for assistance. And his invitation extends to anyone who can help him pay for his repossessed vehicles.

Social media was abuzz when photos of the crashed vehicles were posted online. People accused him of deliberately crashing the cars, as they were about to be repossessed.

Said Malo: “People are trying to destroy my name and my life. I’d never deliberately destroy my property.”

The singer-turned-businessman said he’d appreciate any kind of help.

Malo admitted that one of the ANC comrades had assisted him after the crash. He hoped more people could be as helpful. Malo from Mohlabaneng Village in Limpopo, was once a die-hard Zuma fan. He had 20 bakkies and 20 Quantums – all branded with Zuma’s face. But now he has since changed his tune, branding some of his bakkies with President Cyril Ramaphosa’s face.

During the Nasrec conference, he was confused about which face to put on his fleet of cars and taxis, thanks to the infighting in the party. This as the ANC wasn’t united on the presidential candidate to replace Zuma.

About Ramaphosa, Malo said: “If I get the money to release my cars, I’m going to put Ramaphosa’s face on all my cars for next year’s elections. We must unite around the president. Zuma’s era has passed, and our focus is unity.”

In 2007, Malo declared he was hooked on gambling and lost a fleet of taxis as a result. In the same year, he wrote his matric at the age of 44 at Masopha High School in Bolobedu, Limpopo.