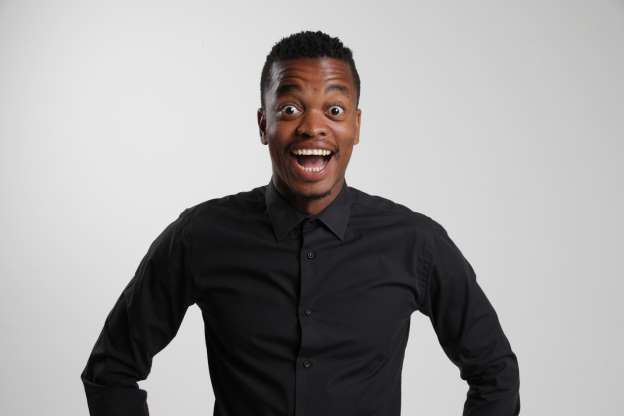 Seasoned funny man Mpho “Popps” Modikoane learned that crime is no laughing matter when a thug broke into his car and stole his bag of clothes.

The 31-year-old stand-up comedian reported a case of theft general at the Joburg Central Police Station and said the value of his belongings was estimated at R500.

According to his statement, the thief smashed his car window and helped himself to his bag, which contained shirts and a wallet. The star said he had parked his car on Commissioner Street in the Joburg CBD.

“The complainant alleged that he saw an unknown black male ‘Nyaope boy’ robs Popps smashing into his car. He said he tried to stop him, but the suspect got away,” his statement reads in part.

Police spokeswoman Constance Lelimo confirmed that police were investigating a case of theft and that no arrest has been made.

Popps said the perpetrator seemed like a nyaope boy.

“I had a corporate gig, so I thought it would be great to get a few shirts. So after I parked I saw a man smashing into my car. I tried chasing him, but he took a nearby corner and disappeared,” he said.